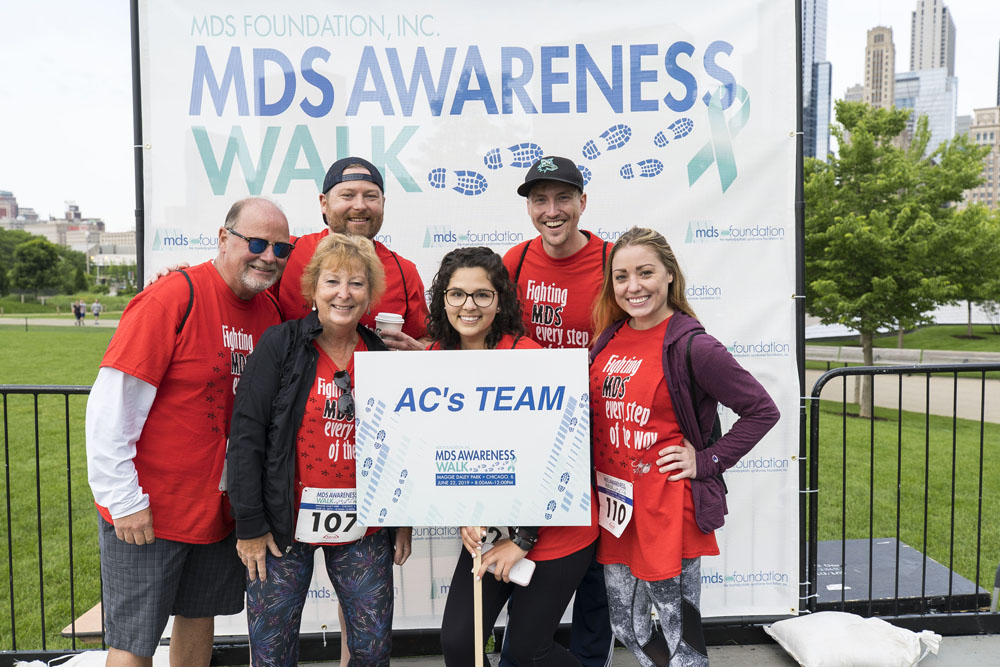 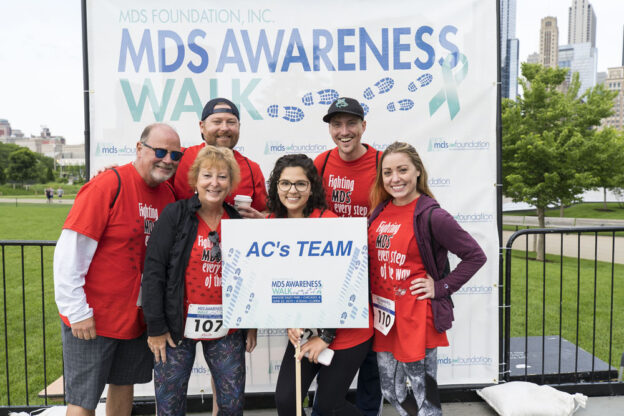 One Life For The Two Of Us.
By Ashley Cámara 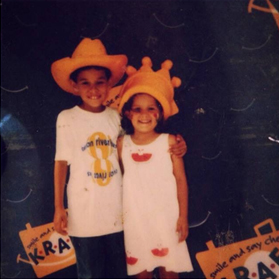 My story begins a few years back…in Mérida, Yucatán, México where my brother and I were born and raised. My brother and I were the type of kids that would rarely get sick, maybe once or twice a year, from a simple cold or runny nose.  We also had the brother-sister relationship of fights and good times too. Who doesn’t right?

The both of us were raised to be very independent, responsible, caring, hardworking and had always been the type of kids that loved spending time with friends and family. While we had different personality traits, deep down we were one and the same. We both shared the same passion for helping others whether giving someone a laugh after having a bad day or lending an ear when in distress.

My brother studied to be a Graphic Designer, recently graduated college and was starting his life… when in November of 2013 he wasn’t feeling well. I remember it was a weekend and he just stayed in his room the whole time, didn’t go out with friends or anything, he just wanted to sleep. We would check on him regularly but he didn’t express anything other than “I don’t feel good”. As the days passed by, his skin started to turn yellow, he still didn’t feel well and we thought it was hepatitis so he went to get a blood test. A few hours after the test, I received a phone call from one of his friends who went to check on him.  The laboratory where he was tested advised he go to the emergency room ASAP.

I remember I was in college at that time; I left my class to answer the phone call and my heart stopped for a second when I heard the news.  All of the endless possibilities of what could be and bad thoughts came into play. I honestly don’t remember what day of the week but I sure do remember the date when everything started. November 26th of 2013. That day is when we found out he had MDS. Myelodysplastic Syndrome.

When I found out about his diagnosis I was freaking out because I was scared. I was hoping that he would be okay and that it was just a quick antibiotic solution so he could come home.  It wasn’t. When we heard his diagnosis, all we could think was, “OK, MDS, what is that?” We had no idea about Myelodysplastic syndrome. It was very difficult to understand the whole situation. First of all, I’ve never heard anything about this disease, I’ve heard about cancer but just not this type of blood cancer. Second of all, he was just 23 years old, why did this happen to him? My family and I began researching this disease. We found out that MDS is often referred to as a “bone marrow failure disorder”, which can develop into a type of Leukemia. It is usually a disease of the elderly and this is why we couldn’t understand why my brother developed it at such a young age.

Next, was the treatment plan. What was needed to cure him? The end game was that he needed a Stem Cell Transplant.  A Stem Cell Transplant is a procedure that replaces defective or damaged cells in patients whose bone marrow is damaged. I was tested to see if I would be a match and could donate stem cells. Unfortunately, I wasn’t. This is another thing we couldn’t understand, coming from the same parents and not being a match but I guess this is how genetics work.  During testing, it was noticed he had chromosome mutations and was put on medicine to help with the symptoms.  Meanwhile, the doctors were trying to find a donor but according to his genetic “make up” it was going to be difficult to find an exact match. So the doctors decided on a half match donation. My mother was to be that donor.

Now, remembering that we were in Mérida, Yucatán, México, they didn’t have a hospital equipped of doing a Stem Cell Transplant.  So we had to travel to the north of Mexico, Monterrey, a very long way from home. This in itself was another problem as now we had to find housing close to the hospital. It also meant we did not have our support group with us, which was very important not only for us, but for my brother. Before we left Mérida, my brother had been battling with a fungus in one of his lungs. This situation supposedly was under control before the transplant started. He also developed AML (Acute Myeloid Leukemia). 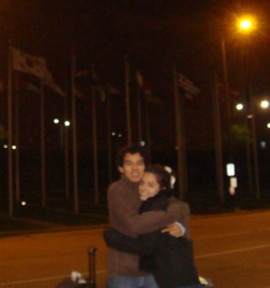 So we traveled to Monterrey for the transplant. Luckily we were able to find a place walking distance from the hospital. My brother had to stay in the hospital in a closed room, and the only way of communication was through a phone that was connected to the inside of his room. We couldn’t be in the room with him, which was very, very hard. But we knew him, and we could tell when he wasn’t feeling good, or if there was a change.

He was treated and underwent a Stem Cell Transplant but because of his low immune system, the fungus activated in his lungs, and the doctors could not control it.  My brother died in January of 2015 at the age of 24.  When he passed away, I wondered if I needed to start getting tested more frequently as a preventive measure.  I remember the doctor telling me that it is rare that siblings could have the same disease…but guess what – August of 2016, I woke up with my feet hurting and not being able to walk. My mother took me to the emergency room, where doctors realized something was not right.  After being in the hospital for three and a half weeks, getting test after test, they finally decided to do a bone marrow biopsy and aspiration.   On September 1st of 2016 at the age of 22, I was diagnosed with Myelodysplastic Syndrome; same disease as my brother.  Additionally, I developed an Autoimmune disease called Vasculitis. This was a shock to me and my family. Before I even knew I had the disease, I was hoping that everything was going to be okay. 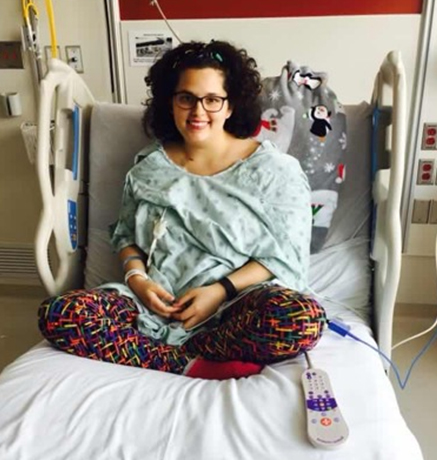 So we were back to the beginning but this time I was the patient.  My only chance of survival was a Stem Cell Transplant. When I got sick we wanted to do things differently so we told our doctor in Merida, Dr. Adrian Ceballos, that we wanted to go to Chicago for treatment. My mom’s family lives in the Chicago area and would be a great support system. Thankfully, we found Dr. Lucy Godley and Dr. Satyajit Kosuri at the University of Chicago Medicine, where I ended up receiving treatment.  While testing at the University of Chicago Medicine with Dr. Godley, results showed that I had a mutation in the GATA-2 gene. She went on to explain that this was a common factor they had recently discovered a few years back and the reason why some young adults were developing MDS. In my case, I was fortunate enough to have several unknown, unrelated perfect matches. The doctors picked one, and I received my Stem Cell Transplant June 27th 2017.

I remember that day like it was yesterday. It was a very important day and I’m not going to lie, it was a scary one too. It was already hard enough for me knowing that my brother died from this procedure, but now I was going to experience it first-hand.  I was scared that I would die too. 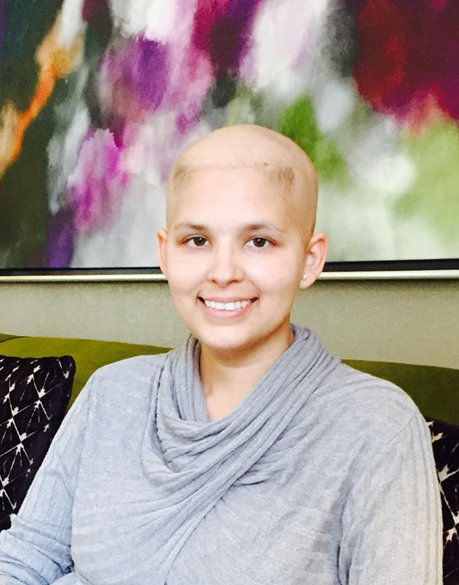 There were many aspects that came into play after transplant: not being able to eat, throwing up frequently, and physical and emotional changes.  I wasn’t able to do much, I couldn’t have many visitors and all of this was just scary. It took me a long time to actually feel “normal” and heal.

When you go through something like this for the first time with someone you love, it can be very hard.  But when you have to go through it again, this time as the patient, it’s even harder. There are no words that can make you feel better; you just have to get through it. 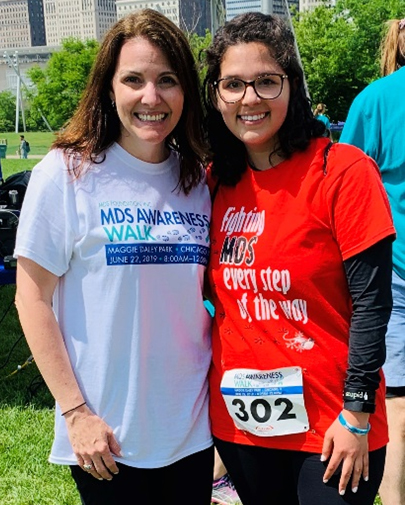 The recovery process wasn’t easy and I honestly don’t know the exact reason that kept me going.  I believe unconsciously I decided to live for my brother and for myself. He didn’t have the chance to live the full life he deserved, so I was determined to live it for him, and for me. 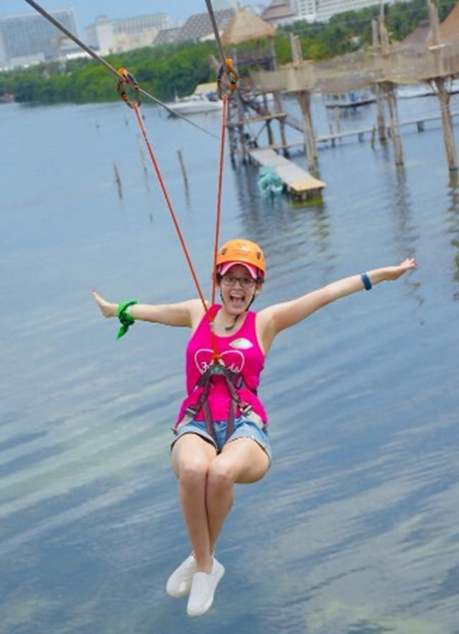 I am currently two years’ post-transplant and enjoying every single day. I work two jobs, workout, travel, I’m independent from my family and I have been advocating for MDS awareness, AML (Acute Myeloid Leukemia) and I continue to learn more and more about these diseases. One of the events I recently participated in was the first ever MDS walk/run in Chicago.  I ran a 5k. I was very proud of myself and I felt my brother running beside me the whole way.

If you are going through this illness as a patient keep pushing forward.  It is hard, painful and it can be a long recovery like mine.  But you will get there. If you are caring for someone, be patient, as us patients tend to take out our frustrations on you, the caregivers. If you know someone with this disease, be there for them, they need you, even if they don’t ask for help. Just sitting in a room is a comfort as they know you are there for them. 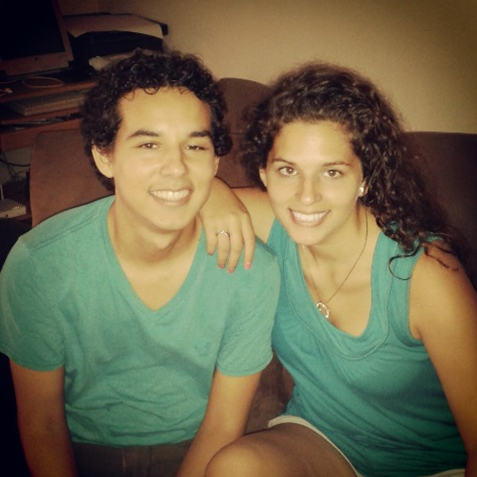 My motto after all of this is, “live and love life”. I got a second chance and I am doing this not just for myself but for the both of us.