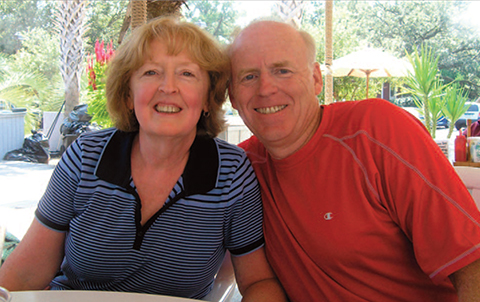 My MDS Journey started in 2000, when my family doctor noticed that my Hgb was going down slightly during my yearly physical. After this occurred three years in a row, he referred me to a local hematologist in 2003 who told me he didn’t know what to make of it, so I would return to him yearly until he decided to do a bone marrow biopsy. That was in 2006. I was 56.

Results showed that I had RARS. Refractory anemia with ringed sideroblasts. At that time, my Hgb was around 10-11.

The hematologist didn’t give me any information, he just told me not to look it up on the internet as I could have this for years without needing any treatment. It was only after surfing the web that I found out that what I had was considered a blood cancer. Apparently, some hematologists don’t know much about the disease! I eventually found the MDS Foundation while searching the web and realized that I needed to go to an MDS Center of Excellence.

I consulted with Dr. Porter at the University of Pennsylvania where I had my second bone marrow biopsy with pretty much the same result – RARS. It was suggested that two of my four brothers (two of them were over 70 and were considered too old) get tested to see if either of them might be a match for a bone marrow transplant. Up until then I was reluctant to tell my daughter, family members, and friends about my diagnosis because I didn’t have any idea what direction my MDS would take.

I WISH SOMEONE HAD TOLD ME THAT BLOOD TRANSFUSIONS ARE NO BIG DEAL. THEY HAVE KEPT ME GOING NOW FOR OVER 10 YEARS.

Neither of my brothers was a match but I was put in the bone marrow database, just in case my MDS got worse. It was suggested that I was not a good candidate for a bone marrow transplant at the time, since my MDS was in the low risk range.

I then saw a specialist at Thomas Jefferson, Dr. Emanuel Besa, whom I had met at an MDS Foundation seminar. Dr. Besa was conducting his own trial with a drug called Accutane which is basically high doses of Vitamin E. He had achieved some positive results that showed that Accutane could delay the need for transfusions. And so, I started Accutane, which I had to buy from Canada since it was not approved for the treatment of MDS in the US. I took that for about a year, but then began to need regular transfusions in September 2009. Dr. Besa then referred me to Dr. Erev Tubb at Crozer Hospital.

Under Dr. Tubb, I was tried on Procrit, then Aranesp then both together, which did not work.

I was then started on Revlimid. As part of the protocol, it was required that I have bone marrow biopsies before treatment began and after it failed. (I’ve had 6 biopsies and found that some doctors are much better at performing them than others)!

And so, after Vidaza failed, I thought for sure that I was a goner!

I wish someone had told me that blood transfusions are no big deal. They have kept me going now for over 10 years. I’ve never had a bad reaction. I have been able to work full time and most of the time I feel almost normal. The nurses at Crozer were terrific.

My biggest issue with transfusions is that some Doctors don’t want to transfuse until the Hgb iis under 8.

I argued that my Hgb would most suredly go down in one day, but they would not order the blood. When I returned 3 days later, they agreed to order a transfusion but discovered I had developed an antibody. It then took 3 more days to get the blood and by the time I was transfused, my Hgb was below 7.

As you can imagine, I decided that practice was not for me and consulted the Message Board on the MDS Foundation website and through that met Bob Weinberg. Bob also had MDS, diagnosed in his late 40’s. He was on the Board of Directors of the MDS Foundation and was very helpful and changed my life by recommending I go to Lankenau to see Dr. Cliff Pemberton.

On my first appointment with Dr. Pemberton, my Hgb was mid 6’s and I was not doing well at all. He immediately ordered 2 units and another a few days later and then I finally felt alive again.

Eight years later, I have many antibodies but the blood bank always comes through! Exjade (Now Jadenu or Desferasirox) since 8/13/2011 keeps my Ferritin in the low 3,000 range. I am fortunate that side effects are minimal — diarrhea, some dry skin issues.

I continue to consult with the hematologists at the University of Pennsylvania as they are listed as a Center of Excellence by the MDS Foundation. They clearly know a lot more about MDS than local hematologists. I guess because it is considered a rare disease.

Through them, I found out about Luspatercept or Reblozyl as it is now marketed. After waiting for two years, I finally got my first shot in late April of this year. I was considered a good candidate as I have RARS along with the mutated gene SF3B1. 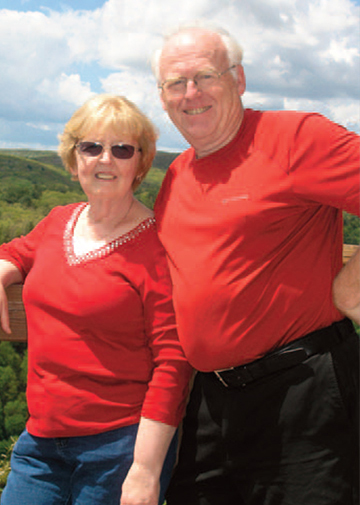 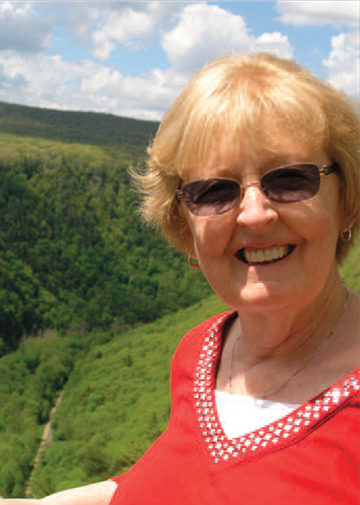 IF LUSPATERCEPT (REBLOZYL) DOESN’T WORK FOR ME, I WILL BE DISAPPOINTED BUT WON’T HESITATE TO GET INVOLVED IN THE NEXT CLINICAL TRIAL. AS LONG AS I HAVE THE HELP AND SUPPORT OF MY FAMILY, DOCTOR AND NURSES, I’M GOOD!

Since then, I have had 7 injections. My white count which was always a little low has returned to normal. My platelets also went up.

Still waiting on the red count to change.

Side effects for me are stomachache, fatigue, dizziness when standing, diarrhea, some occasional pains in my arms and legs but nothing I haven’t been able to handle. Side effects seem to diminish over time.

My current doctor at Main Line Oncology is Zonera Ali as Dr. Pemberton has retired. They have an excellent practice, nurses are great, hardly ever have to wait and they do their best to accommodate my needs.

I am encouraged by the new drugs coming out and the ongoing research being done. Newly diagnosed patients now have a better chance of having treatments designed for their specific MDS diagnosis rather than guessing what might work.

At present, I am 70 years old. Although being transfusion dependent for the past 11 years has been inconvenient, I am thankful that the blood has been available. At the beginning of Covid, when there was a blood shortage, I sometimes could only get one unit. That was kind of scary for me — at times, my Hgb went down to below 7 and when that happens, my quality of life suffers. I need my husband to drive me to the hospital and it becomes difficult for me to walk the distance to the infusion room.

Things are a little better now with the blood shortage and as long as my Hgb stays in the 8’s, I can take care of myself, although I do sleep a lot and nap a lot also.

I was laid off from my full-time job in April so it’s been less stressful for me to manage all the doctor’s visits. I can relax now and get to know my neighbors and see my friends more, although Covid has limited that to some extent.

One of my biggest concerns about retiring was insurance. I had a great plan where I worked and rarely had to pay anything other than my deductible and co-insurance. When I was laid off, I contacted a Medicare Advisor who got me set up on Medicare in two days. Fortunately, Medicare and the supplemental insurance have paid for the Luspatercept shots with my only out of pocket expense being the annual deductible. That was a big relief since each shot costs around $15,000!

So, today I’m in a good place, even after having MDS for 14 years! The hardest thing about MDS is the fear of the unknown and the worry that it causes my husband and daughter. I worry it will get worse but try not to dwell on that.

If Luspatercept (Reblozyl) doesn’t work for me, I will be disappointed but won’t hesitate to get involved in the next clinical trial. As long as I have the help and support of my family, doctor and nurses, I’m good! 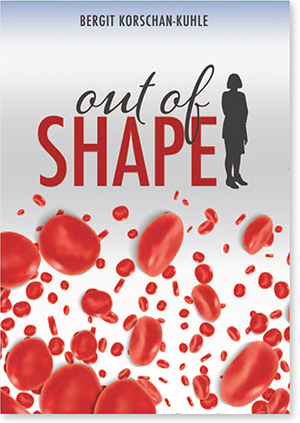 Bergit speaks very openly about her fears, the chaos of emotions that the illness caused in her and the uncertainty about what is to come… She lets MDS patients and their relatives share her knowledge about the disease and her perception of MDS. In my opinion, this is a very valuable addition to the medical perspective, which can help patients to better cope with the disease. 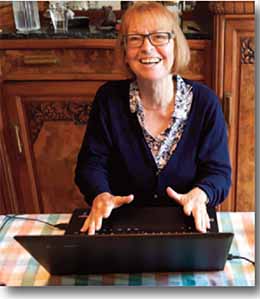 MDS Patient. MDS Advocate… and now the author of a new book outlining her life since 2006 when she was first diagnosed.

Bergit Korschan-Kuhle was born in 1957, and is the mother of two sons. She studied Geosciences, History, German Language and Literature in Darmstadt and Braunschweig, graduating with a Master’s degree in Geosciences and passing the 1st and 2nd state examinations for grammar schools. Her career has led her into several professions, all of which were related to education, training, communication and editing. For the last 15 years of her active professional life, she worked as a coordinator at management level at a grammar school in Lower Saxony/Germany. At the age of 49, Bergit fell ill with the still incurable malignant blood disease, myelodysplastic syndromes (MDS). She had to take early retirement in 2011 because of this disease. In 2007, Bergit started to contact other patients and patient organisations via the Internet. Over the years, her growing number of contacts, her German, European and international networking, as well as her attendance at patient events and specialist congresses, have increased her desire and opportunities to become more professionally involved in patient representation. Today, Bergit is on the Board of Directors of the LHRM, a patient organisation for leukaemic patients and their carers (the German Leukämiehilfe Rhein-Main e.V.), and is the contact person of the German MDS-PAT-IG (www.mds-patienten-ig.org). Bergit is a blogger, article writer and guest speaker on topics such as blood cancer diseases from the patient perspective and patient participation. She is a Steering Committee and Founding Member of the MDS-Alliance, the global network of MDS patient organizations. The EUPATI (European Patients’ Academy of Therapeutic Innovations) training course 2015/16 turned her perspective on drug research and development from head to toe and broadened her horizons, particularly with regard to the circumstances of rare and chronic diseases. This enabled her to systematically organize the experience and knowledge she had accumulated over the years from her own involvement and from her grassroots work with patients. In 2017, a well-connected MDS Facebook group was created from her commitment, which successfully promotes the exchange between patients and relatives, and passes on serious information about the disease