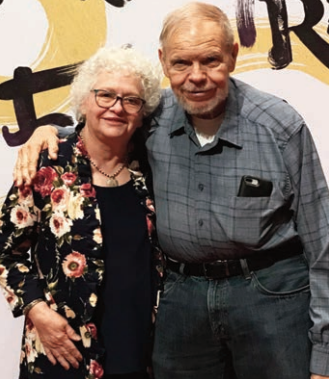 While I’ve been generally healthy for most of my life, I’ve had several instances of elective or emergency hospitalizations. The first of these involved a bleeding ulcer in which my hemoglobin dropped to around 6-7 g/dl. I was treated in a hospital in California, at the very beginning of the AID’s crisis. Although there were no tests for AIDs, I was going into shock and received my first transfusion.

Several years later, I had another ulcer, and received my second transfusion. After this I began being much more conscientious about routine physicals, and became a 4 gallon Red Cross blood and platelet donor. I was also continuing to battle lifelong weight, cholesterol and high blood pressure issues. 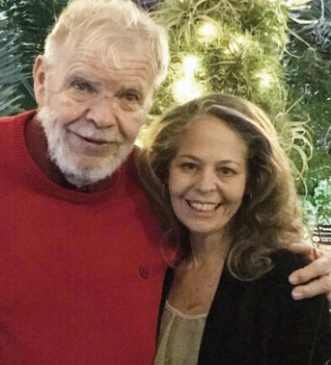 John with his youngest daughter, Dannie

In January of 2014, I discovered that I had atrial fibrillation. After running many tests, my cardiologist performed a cardioversion to correct the issue. While this seemed to be successful, a few weeks later I began experiencing some angina like symptoms. After performing an angiogram, we realized that I needed a quintuple coronary bypass.

Dr. Abby Bova had already taken care of my wife’s breast cancer, and we knew that she we was the perfect fit for us. She quickly ordered every conceivable test for me, including a bone marrow biopsy.

When my wife and I finally saw Dr. Bova she was literally beaming with joy! She told us that all of the tests were negative.

Unfortunately, I still had macrocytic anemia. I would see her every three months, and all test results, except for those concerned with the anemia, seemed to be consistently in the “Normal–Low Normal” range. 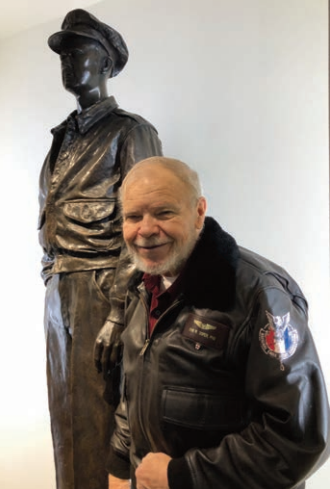 Sculpture of Captain Love, an elite navigator for the Army Air Corps in World War II. When we see him we know to turn to the right to go to the hospital. I am posing in my Eagle Scout “Navy” flight jacket.

When we returned to Oklahoma City, Dr. Bova repeated all of her earlier lab tests, including a new bone marrow biopsy. This time the results showed that I had 4 mutations, as well as altered chromosomal results. My LDH levels were substantially elevated, my neutrophil count continued to rise, and we were now detecting blasts in my peripheral blood.

Dr. Bova wanted to prescribe “Jakafi” (Ruxolitinib), as well as “Vidaza” (Azacitidine). She found that there was only one Phase 1 trial in the country using them. The trial was at MD Anderson in Houston. She contacted Dr. Naval Daver, lead investigator in the trial, and submitted all of the data she had on my case.

MD Anderson contacted me in just a couple of days. We drove to Houston, repeated all of my original testing and confirmed all original tests. I returned to Houston in two weeks and was now officially admitted to the study. I had an official diagnosis of MDS/MPN-unclassified.

While my white counts are behaving nicely, I am becoming transfusion dependent. We have mutually agreed that a hemoglobin level of less than 8.0 mg/dL warrants a transfusion. I have had about 8–10 transfusions at this time. My ferritin concentration is approximately 1,500 ng/ml. We are aware that Vidaza is causing myelosuppression at this time, but we are also confident that it will eventually allow my hemoglobin levels to rise. 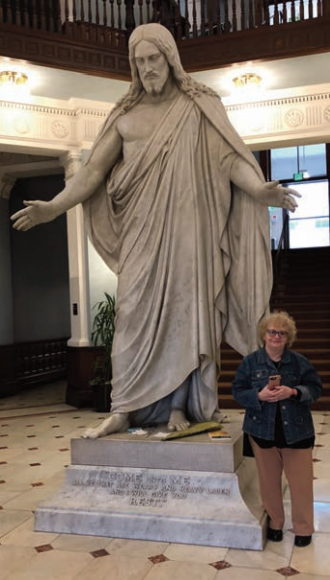 Christ the Healer at Hopkins

During my last visit with Dr. Daver, I was asking him a question about some of my genetic results. He simply said, “You’re a scientist, you’re aware of the statistical variability in any laboratory measurements.” It is very important to me that both of my Doctors value my input, and that I am involved in making decisions that all of us are comfortable with.

I’ve had the opportunity to be actively involved with research at places like Johns Hopkins, Mt. Sinai, University of Arkansas for Medical Sciences, and the University of Maryland. I can’t conceive of a better team, or overall medical care that I am now getting.

Let me share some final quick comments with you.

(1). As I stated earlier, there are some particular things that I intend to do. I have a very complicated initial diagnosis. As far as Dr. Bova is aware, I am the only person in the entire 4 state Mercy medical system to be receiving both Vidaza and Jakafi. I’m also the only crossover patient (MDS/ MPN) to be getting these medications. My clinical trial lasts for five years, and hopefully I may produce some interesting results by then.

(2) There are also things that each of you can do. First and foremost, your “primary caregiver”, wife, husband, other family members, etc. are among your most important assets. Always try to give them as much consideration as they give you. Aggressively maintain the other valuable contacts that each of you already have. I’m convinced that the level of achievement that I was able to access in my early career came from the fact that I’ve been able to maintain those contacts for many years.

I Realize That None Of Us Know How Our Medical Conditions May Progress, But We Can Choose To Not Let That Fact Control Our Lives.

In many of your comments, and in questions we’re asked during our treatments, we’re reminded that spiritual support is vital to our well-being. Most of the places where I’ve worked, or been a patient, offer not only superior medical care, but have direct Christian or Jewish institutional support. My very close friend, and Laboratory Manager, Dr. Phil Kemp, leads a Bible Study at the Federal Aviation Administration. This is one of the most incredible groups that I’ve ever been involved with. The Naval Academy Chapel was also a strong reminder of the importance of a “Spiritual Anchor” to our lives.

Every day that I was a Hopkins fellow I would pass through the old main lobby, and see a 9-foot statue of “Christ the Healer”. While Hopkins represents excellence in medicine, this was a constant reminder that there is a power beyond even what the world’s best physicians can do.

(3) Another very important support that you have comes from your fellow patients. My original “MDS buddy” (the same one my father treated many years before), told me when we first met “I have this tattooed on my forehead, the drugs work until they don’t”.

Several weeks ago, two of us were getting Vidaza treatments. I asked the fellow next to me if he had MDS. He didn’t know what that was. I asked him why he was receiving injections, and he told me that he had AML. When I asked him how long he had been treated, he told me that he’d been receiving treatments for five years. I was really stunned to find that there was a fellow right next to me that had the very condition that I had thought was supposed to be “the end of the road” for MDS patients. He seemed to be doing very well to me!

When I think of the comments of my “MDS buddies” I realize that none of us know how our medical conditions may progress, but we can choose to not let that fact control our lives.

For my part, I am preparing to retire, and try to carry out some of the things above that I’ve already said that I can do. Frankly, the single most important thing that each of us can do now is rejoice in each new day that we’re given and “Make Memories”.

Thanks for reading “my story”; I hope you enjoyed reading it as much as I’ve enjoyed writing it!