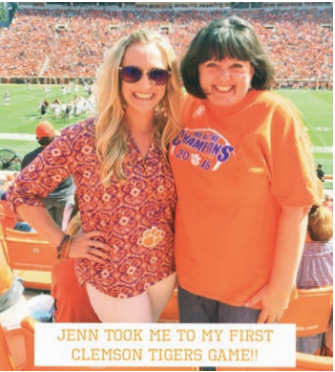 Simply put, my cancer story is about having faith and trusting your instincts. Of course there are many episodes and a wonderful and important supporting cast and crew. I am the star in this story, but I am also the director. My doctor is the director of photography. He has the “vision” of how to orchestrate my treatment plan. But all decisions are ultimately mine. My best advice to you is: Always be the director in your story. In other words, always have an active roll.

My story begins at the end of 2006. I found myself really struggling through the holiday season. I was 38 and finding it really hard to complete holiday tasks, do my usual weekly errands, and work full time as a registered nurse. At first, I told myself, “Well, you are approaching 40. I guess this is to be expected.” But when I still felt really fatigued after the holidays were over and I woke up a few times with sudden but brief chest pain in the middle of the night, I went to my doctor and said, “Something is wrong”. The EKG was normal so my doctor sent off some blood work. The next morning she called to tell me that there must have been some error at the lab because the results were “weird”. She wanted me to come back for a redraw. Two days later she called and said, “Your repeat bloodwork came back even more abnormal. Your CBC is extremely elevated and that means there is a hematological event happening. We need to get you in to see a specialist ASAP”. Her voice faded and everything around me blurred into the background. My Cancer Story had begun. 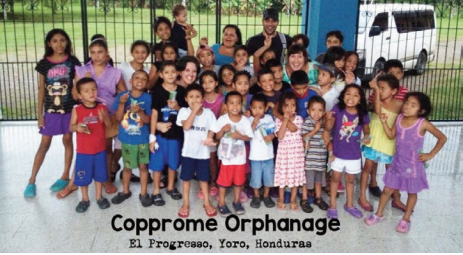 My official diagnosis came in March 2007 after a slew of tests. I remember the lab tech making slides with my bone marrow and wanting to grab them up and hide them. I knew people were going to look at those slides under a microscope and pick them apart and list all the irregularities and that made me sad. They determined I had Myelofibrosis (MF), the most serious of the Myeloproliferative Neoplasms (MPNs). No definitive cure or real treatment at the time. The good news was that MF is usually very slow progressing. The bad news was that there was nothing they could do about the fatigue. It was now my new normal. My doctor, Dr. C, told me, “Only God knows your expiration date. So go out there and live your life fully!” He told me there was promising new research happening which would hopefully mean treatment options in 5–7 years. And stem cell transplant would be our back-up plan. He thought I could coast for 5–10 years. I decided I would look at my journey with optimism. My parents gave me a T-shirt that said “Attitude is EVERYTHING! Pick a good one!”. Instead of a dramatic single movie story with a sad ending, I was going for a sitcom with many seasons.

In Season 1, I focused on learning new ways to stay as healthy as possible and finding better ways to balance my life. The season included a 2-parter where through a crazy turn of events, I found out Dr. C and I both belonged to the same meditation group. It always warmed my heart on the nights when I looked up from my cushion to find Dr. C on the cushion beside me. It was a hug from God. I felt confident in my team and treatment plan and periodically God sent signs to reassure me. By Season 2, I had lost perspective of how fatigued I actually was. I just went on living a crazy but very happy life.

I made it to Season 6 with very little change in my health. Then my hematocrit became really high and my very thick blood caused me to be very fatigued. I began going once a month to have 500 ml of blood removed. I’d have to receive a fluid bolus to replace the volume or I’d pass out. I continued to feel weak, and the resulting low iron from the frequent phlebotomies caused constant irritable leg syndrome. I never slept well. Life was difficult. 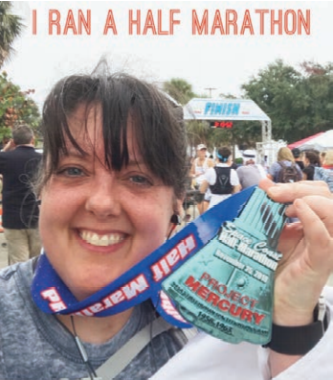 Over time, my symptom load gradually increased and in Fall 2014 it reached a life altering level. Dr. C had retired and in a magical episode in Season 8, God directed me to Dr. S. In 2015, Dr. S started me on the drug Jakafi. It was one of the discoveries resulting from that research Dr. C had told me about in 2007. Season 8 was like a new beginning. Living a low symptom life was AMAZING!! I was able to volunteer as a mission nurse in Honduras again, and run in 5K races. I did more traveling too. The great response to Jakafi lasted through Season 10. And then the symptoms started drifting back and my blood started showing new changes. We were at a crossroads.

Before I can tell you about Season 11, I need to do a little recap. In summer 2016, when I still was in that low symptom phase, I was at work. My coworkers were discussing the upcoming season of college football. John was being boastful about his Louisville Cardinals and Jenn was praising her beloved Clemson Tigers. I never had followed football of any kind, so I was not participating in their conversation.

Eventually John insisted I join in and at least pick a side if I didn’t have my own team to support. 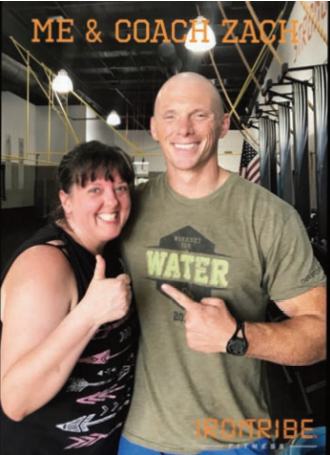 Simply to antagonize John, I said, “Okay, I choose the Clemson Tigers”. I didn’t even know what part of the country Clemson was in! I did a little research about Clemson, SC, the University, Coach Dabo Swinney and the players. I started getting attached to those Tigers. I also studied the rules of football. My intention was to learn enough so I could adequately razz John. But Clemson was doing well that season and I quickly got drawn in. I told him “We” (Clemson) had “Tiger Power” and we would win the National Championship. The crazy thing is, WE did!! From then on I was hooked. I used the phrase “Tiger Power” to proclaim the reason behind victories for Clemson or myself personally. #TigerPower became part of my identity.

Now back to spring 2017. Things were changing and not in a good way. Dr. S gave me options. My gut said “No” on SCT. He had a brand new clinical trial that he was especially excited about but he was hesitant about enrolling me. The new trial involved paring the Jakafi I had been taking with an investigational drug. These drugs had never been paired before, and Dr. S said there was a risk it could cause harm. A low risk, but still a risk. He did have a patient in the trial that had recently achieved remission, so it was worth at least thinking about. I went home and started researching the investigational drug. It was not yet named so it was known by the alphanumeric the FDA had assigned to it. I didn’t notice it right away, but in the name was a sign. When I saw it, I knew instantly that I had to enter that trial. The investigational drug was TGR-1202. TGR as in Tiger! It had Tiger Power!! God had set in place the series of events that led to my becoming a Clemson Tiger fan so I’d see the “Tiger Power” sign and not be afraid of the clinical trial. It all made sense that I had suddenly become a college football fan at the age of 47! I told Dr. S my Tiger Story and that 2 was my favorite number. “I will be Patient #2 in remission! “You just watch”, I told him. He chuckled and said, “Okay, let’s go for it!” I started the clinical trial in July 2017 and wore my Clemson Tigers T-shirts and sometimes tiger ears to my weekly clinic appointments. Dr. S calls me Smiley Riley, and soon the staff all knew about Smiley Riley in the tiger ears who insisted she would achieve remission. Everyone was so supportive! I have photos of some of them in Tigers ears too! By November, to everyone’s delight, I had, in fact, reached complete remission!! I’ve enjoyed telling my Tiger Story over the years. If you keep an open mind, I believe there are messages for all of us to help guide us on our paths.

Complete remission means complete cessation of symptoms. My CBC is now normal and my precious bone marrow has no irregularities for someone to list. I feel better today than I did in my thirties. I remain in the clinical trial for now and recently passed the remission 2 year mark. We are not sure what the future holds. We will keep riding this wave for now. Season 12, 13 and now 14 is all about living a full life without limits. I joined Iron Tribe Fitness and do High Intensity Interval Training (HIIT) under the careful watch of my coaches. I run, jump up on boxes, lift weights and do real pushups! I also trained for and ran a half marathon. I celebrated my 50th Birthday in Ireland with friends. An important Bucket List achievement. I became a Clemson donor in 2018. College Football is now one of my passions. Me, Jenn and John have started the tradition of going to the Clemson vs. Louisville game together with our families each season. Life is good and full of new opportunities! 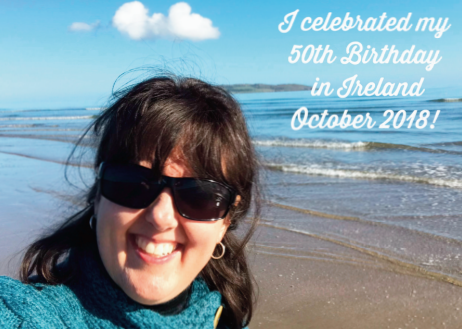 My doctor and I decided that we needed a patient support group in our part of the country. He wanted me to include MDS along with MPNs because they have recently discovered that these diseases overlap. They are like cousin diseases. So I started a private Facebook page called Nashville MPN/MDS Support Group for patients in Tennessee, Southern Kentucky, Northern Mississippi, Northern Alabama and Northern Georgia. Right now we offer support via the group page only but we hope to hold meetings several times a year once we have enough interest in formal meetings. I also plan to try Facebook live sessions in 2020 as an additional way to connect patients. I sit on the MPN Research Foundation Impact Council to help the MPNRF identify patient needs and provide feedback regarding projects and outreach activities. I recently attended an MDS Foundation Patient and Family Forum in Nashville to educate myself about MDS. I am hoping to find a few MDS patients in my area to help me with the group and to be administrators on the Facebook page. I have received so much support from so many wonderful people over the years. I would like to pay it forward and help as many patients as I can.

One of the mottos at Iron Tribe Fitness is “Stronger Together”. I think that applies for Cancer patients too.