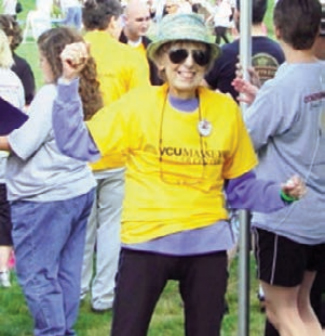 Survivor! Advocate! Fighter! Determined! Researcher! Positive! These words describe me after my 16 year battle to survive MDS. I recorded everything in a journal and called it “Myelodysplasia – My Journey: Letters to a Friend”. If I had started the journal today, it would be entitled, “Myelodysplasia – What a Trip”.

I was referred to a hematologist in late May of 2000 to determine the cause of my extreme fatigue and dizziness. I had been treated with B12 injections for years for anemia, but the lab results indicated a problem with my hemoglobin. On June 1, 2000, Dr. Yogesh Gandhi performed a bone marrow biopsy. One week later, he called to inform me that I had myelodysplastic syndromes refractory anemia with ringed sideroblasts and megakaryocytes. This was the beginning of my trip. I asked him if I should cry, and he told me “No”.

I have shed only a few tears, and I became very determined to fight and conquer this dreaded blood disease. I went home and “put my house in order”, making plans for the future. Through my reading, I found that the prognosis was two to five years. I knew that I still had a lot to accomplish in life and the time would be much longer. I had just retired in 1999 as an educator at the age of 59, and we had completed a month long road trip to California. I was not going to spend my retirement getting ready to die, but to enjoy life. 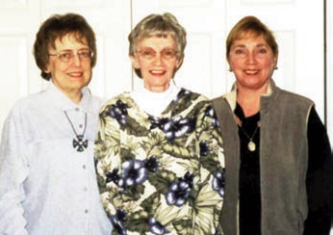 At that time, I was considered too old for a transplant and would need to survive with transfusions and experimental treatments. My hematologist said that together, we would find a new method of treatment. While I continued to research everything, I received 2 units of packed red blood cells every 13 weeks gradually requiring the transfusions every 14 to 18 days. In May 2001, I had a portacath placed in my upper right chest to make the transfusions easier. This was the first of many portacaths between 2001 and 2012. The hematologist tried lenalidomide, amifostine, and Procrit®. I had adverse reactions to the lenalidomide and the amifostine. The Procrit® did not increase my red blood cell counts as my kidneys were producing sufficient erythropoietin (EPO). I was given medication to decrease the number of platelets and the MDS did not affect my white cell counts. None of these drugs provided me with any benefit.

I just knew that there would be positive outcomes in my future. In May of 2002 while surfing the net, I read the notes from the April 2002 Oncology Conference in Orlando, Florida about a clinical trial with a mini-peripheral stem cell transplant following four cycles of the experimental drug 5-azacitidine (now Vidaza®). One of the trials was conducted at Virginia Commonwealth University (formerly called Medical College of Virginia) Hospital in Richmond, just 25 miles from my home. 16 centers in the US were conducting the Phase II trials. On June 11, 2002, I had my first appointment with Dr. John McCarty. The steps to be part of the clinical trial were in motion – insurance approval, finding a sibling donor match, and having batteries of tests. My older sister was a match and I started the painful 5- azacitidine injections, three shots a day for seven days with three weeks off, and then a repeat of the cycle until I had completed four cycles. There were some delays while my white cells took their time in generating more cells. I spent one week in the hospital with pneumonia. Wow! I was the first in the nation with MDS to complete the Phase II trial with a pre-treatment of 5-azacitidine. On March 10, 2003, I was admitted to the bone marrow transplant wing, my new home until April 10, 2003. The second day of stem cell infusion was completed on March 15, 2003. To track the progress of the longest surviving MDS patient in that clinical trial, I have easy access by just looking in the mirror.

When you look at the big picture, it is easier to fight through each day with the nausea, weakness, and delays. It is easier to find some humor in each day as it is better to continue to laugh. I even put on makeup every morning and put rollers in my hair. Eating was the most difficult as was the need to continue the Desferal® pump, an iron chelation machine, used for getting rid of the iron overload caused by all the transfusions. As soon as my hemoglobin counts increased post transplant, it was no longer necessary to use the pump. Once during photopheresis, they removed a pint of blood and that reduced the iron level. I had one other phlebotomy, a selfperformed one. I had hooked my port to a medication IV at home and must not have had it tightened correctly as I woke up in a pool of blood. My levels were checked the following day, and I apparently removed a pint of blood. The benefit was no more phlebotomies for iron overload. Now I have to laugh about that experience – I was only upset about ruining the comforter on my bed! 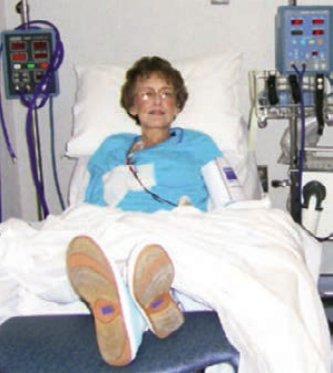 Once the transplant was completed, the battles still continued with the consequences of the chemotherapy, radiation and the medications. The treatments included frequent bone marrow biopsies, liver biopsy for high liver enzymes (determined cause was one of the medications), photopheresis for skin graft vs. host disease (GVHD), breathing treatment with pentamidine as I was allergic to the bactrim. There were some downsides to the transplant. The chemo was low dose, so my plan for my hair to fall out and grow in curly didn’t happen as my hair did not fall out. I had to eliminate one of my three favorites, chocolate. I always said I survived transfusions by eating peanut butter, special dark chocolate and colby jack cheese. I had to wear a mask when I took part in my favorite activity: shopping.

There were problems especially with the catheter for drawing blood. With one of them, I had to be in an infusion chair tipped all the way back with my feet in the air, in a contorted position, to get any blood. Eventually that had to be replaced. Between the release date and 2012, there were additional hospital stays. A few of the times, the doctors appeared grim. Not me though as I never thought about anything but survival. One hospital stay was a result of a reaction to prednisone which gave me druginduced diabetes and took away my upper leg muscles. I had to use my arms to lift my legs in and out of bed. When taken off of the prednisone, the glucose levels returned to normal, but I had weeks of physical therapy in the hospital and at home to get me out of the wheelchair and walking. Until therapy was completed, I lived in the family room, used the lower level bedroom, and could not get up the three steps into the kitchen. So much for being independent! I had hospital stays for congestive heart failure and for lung GVHD. I had skin, mouth, and eye GVHD. I had photopheresis treatment for several years 2004–2009 to resolve the skin GVHD problems and special rinses for the mouth irritations. Photopheresis is the process of removing blood in cycles, separating the returning red cells immediately to the body, and then treating the white cells with ultraviolet A light and infused into the blood stream. I still cannot tolerate pepper or citrus. The eye GVHD led to three different surgeries on the lower eyelids. In 2007, I had a pacemaker implanted to regulate a slow heartbeat that had surfaced in 2001. As the result of the chemotherapy and radiation, mouth GVHD and the dry mouth syndrome, I have had major dental surgery. Also as a result of all of this, my kidneys have failed and I have been on peritoneal dialysis for two years. I conquered the cancer and the GVHD. I am successfully dealing with the dialysis. I refuse to let anything slow me down as I remain positive and find some humor in my experiences. 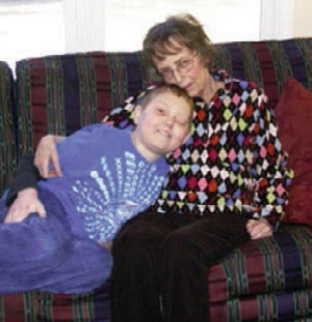 I have laughed, enjoyed life, and we traveled from 2005–2011 in the motor home for weeks at a time because I could carry my sanitary lodging with me and prepare our own meals. We were able to travel to my sister’s home in Arizona, to Pennsylvania Amish Country, Myrtle Beach, New Orleans, our home state of Michigan, and visits to our daughters in North Carolina and Georgia. We went gemming in North Carolina and Georgia. I developed a hobby of crafting clay jewelry and everyone I know has at least one piece of my jewelry. I have taken part in the Be the Match Run/Walk. Since the transplant in 2003, I have had an additional 13 years of marriage, two more grandsons, and I hope through my website (http://shirley.bulloch.org) that I have helped at least one person as 18,569 people have visited my site.

I have made “Shirley’s Shawls of Hope” for in-hospital transplant patients, and in May performed Random Acts of Kindness in memory of my grandson who lost his battle against cancer on Mother’s Day 2009, at the age of 13. Matthew was a big part of my life as we were both diagnosed in 2000, and through the following 9 years, we both traveled the road together. There was a special bond between us. We both had cancer – with mine being MDS and his a brain tumor. I continue my fight for both of us. I have one more goal. At the end of this summer, with the help of the MDS Foundation, I plan to help organize a support group in our area for posttransplant patients. I feel the need to do this as I have younger transplant friends that would benefit from sharing with others.

There have been many bumps in the road, even some roadblocks, but I have conquered them with my increased knowledge and determination. I am proud to be 76 years old and still maintain a positive attitude. By the way, September 26, 2012 was a memorable day. After many portacaths, I was finally deported. I am transfusion free and the only drug I am still taking related to the transplant is a daily Singulair as it apparently keeps the lung GVHD as non-symptomatic. I now have a dialysis port and do the dialysis at home while I sleep. I plan to still be here for another ten years doing what I love best…living. 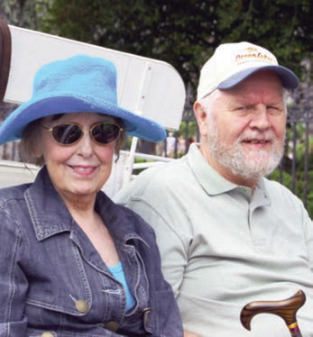 If I had known the side effects of the transplant in 2003, my decision to have the transplant would have been the same. I was determined to beat cancer, not have it beat me. My nurses, doctors and people that know me well call me Dr. Shirley. My nurse calls me tenacious. I am just stubborn and determined. I must be part of the team involved in my care. The last 16 years have tested me as a person and in many ways made me stronger. Yes, there has been a lot of humor in this. I had the support of my husband, my family, my friends and the many doctors and nurses at North Hospital in the VCU-MCV Bone Marrow Clinic (Drs. John McCarty, Harold Chung, and Toor, Nurses Judy, Laura, and Carol and countless others) as well as the doctors and nurses in Photopheresis. It has been difficult to condense 16 years into a couple of pages. If you have any questions, please visit my website http://shirley.bulloch.org/ and send me an email. Bless each of you and keep fighting.

2016—16 years since my MDS diagnosis and 13 years post-transplant. The trip continues…