Thank you to Everyone who participated in this year’s NY MDS Awareness Walk! We will continue to accept donations up until 30 days after the event (Nov. 27th), so if you’d like to support the MDS Foundation or any of our fundraisers you still have time to do so! 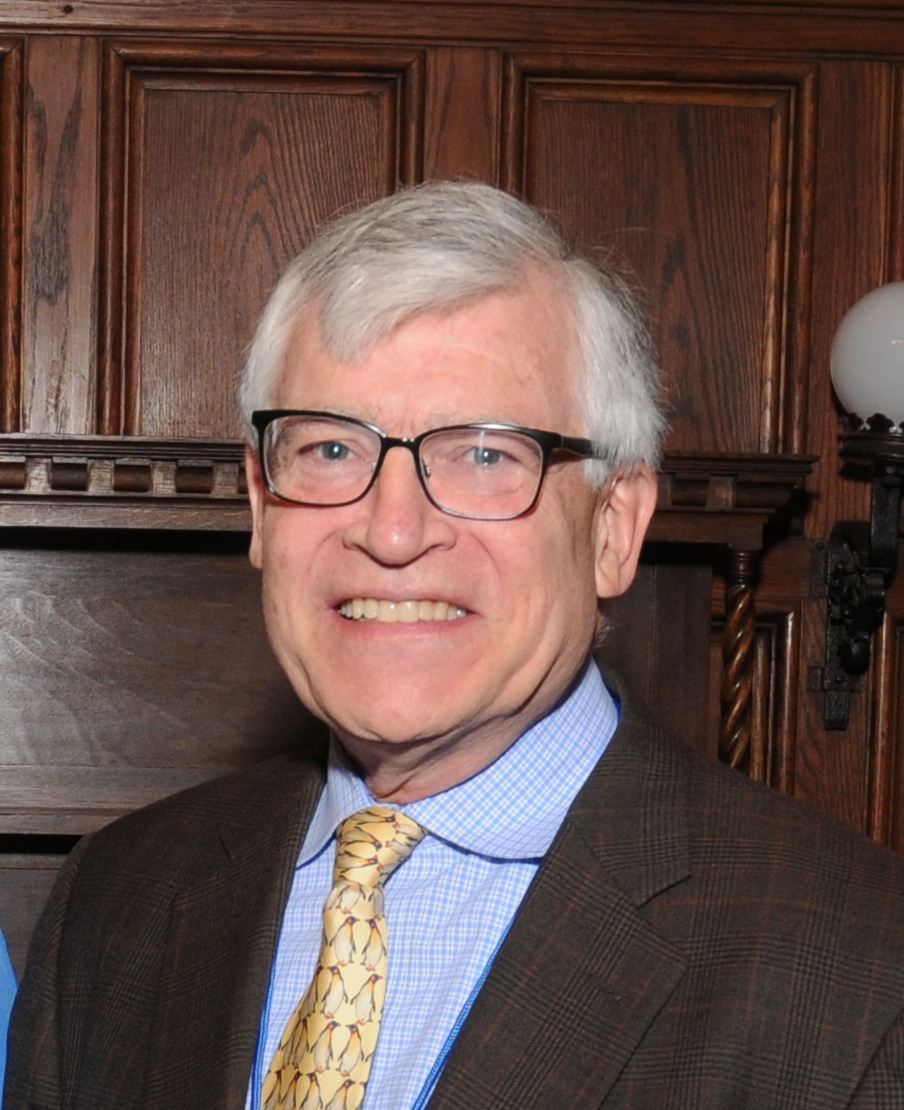 Between 1997-2011, Dr. Larson was chair of the Leukemia Committee of the Cancer and Leukemia Group B (CALGB), where he directed a large portfolio of clinical trials and correlative laboratory studies in acute and chronic leukemias. He is currently a member of the National Cancer Institute’s Leukemia Steering Committee. He is a former Councilor on the Executive Committee of the American Society of Hematology and served as the Treasurer of ASH between 2011-2014. He was the co-chair of the Education Program at the 2004 ASH annual meeting. He has been a faculty member at ASH’s Clinical Research Training Institute, and he has been an invited speaker at the Highlights of ASH in North America, Latin America, and Asia. He has represented ASH as a member of the National Cancer Policy Forum of the Institute of Medicine. He is a panel member of the ASH Consult a Colleague program. He is a member of the American Society of Clinical Oncology and the American Association for Cancer Research. He is a member of the European LeukemiaNet working groups on CML and AML. Dr. Larson has published more than 500 papers, reviews, and book chapters on clinical and laboratory studies in human leukemias and, in addition, has served on the editorial boards of Blood, the Journal of Clinical Oncology, and Leukemia. He is a Leukemia Section Editor and one of three Editors-in-Chief for Hematology for UpToDate.

Dr. Larson maintains an active clinical practice at the University of Chicago Medical Center. His expertise is widely sought for consultations regarding leukemia and the myelodysplastic syndromes. Throughout his career, his research interests have included clinical trials in acute and chronic leukemias and stem-cell transplantation, experimental therapeutics, the determinants of response to therapy in leukemia and myelodysplastic syndromes, and the etiology of therapy-related leukemias. 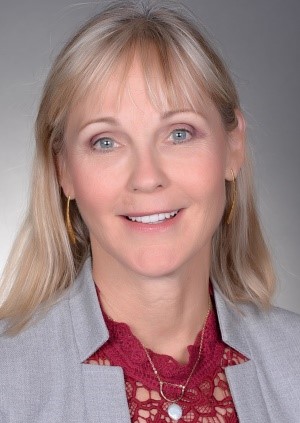 Jean A Ridgeway received her Bachelor of Science in nursing from Rush University in Chicago and went on to get her Adult Nurse Practitioner Certification from North Park University and her Doctor of Nursing Practice from Villanova University. Ridgeway began her career as a staff nurse at the Rehabilitation Institute of Chicago and soon after went on to work at University of Illinois Hospital for almost 20 years. Here she provided direct care for adult surgical patients, critically ill patients, and oncology patients. Her nursing care involved the administration of chemotherapy and biologic therapy. From here, Jean became the Lead Adult Malignant Hematologic/Stem cell transplant nurse practitioner at the University of Illinois for 15 years. During her time in this role, she saw a variety of adult malignant hematologic diseases including Acute and Chronic Leukemia, multiple myeloma, myelodysplastic syndrome, and more. She provided direct care to patients post hematopoietic stem cell transplant.

Today, Jean Ridgeway is the Assistant Scientific Director of Hematology/Oncology-Myeloid Malignancies at AbbVie Pharmaceuticals where she started in 2018 as the Lead Oncology Training Design Manager. In this role, Jean focuses on lead medical education activities for myeloid malignancies including acute myeloid leukemia and myelodysplastic syndromes, as well as assists in the development and design of clinical trial protocols and performs research studies to support therapy use and optimal patient management.

Since she began her nursing career almost forty years ago, Jean has been certified as an Adult Nurse Practitioner, Advanced Oncology certified nurse (AOCN), Licensed advanced practice nurse, Clinical Nurse Specialist, and she is certified to administer chemotherapy to patients. Jean has been part of many medical publications and has given countless presentations on these medical techniques and practices. She was awarded Hematology-Oncology Nurse of the year by the Leukemia Research Foundation. 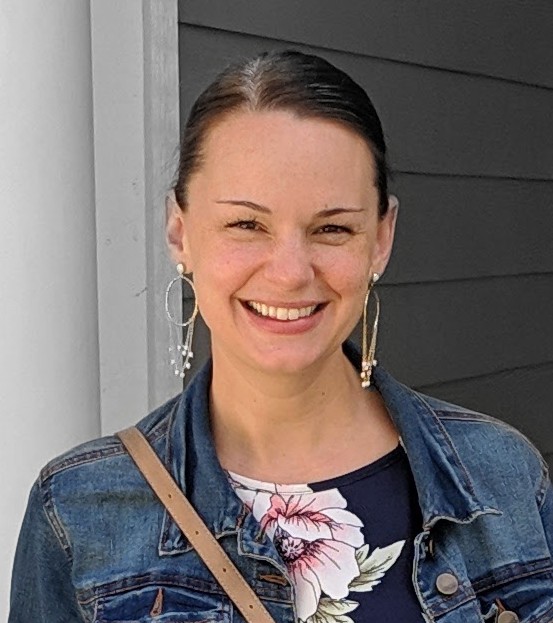 Sarah Swanson, ANP-BC is currently a Nurse Practitioner at Rush University Medical Center in Chicago, Illinois. She has held this position for the past five years. There she works with hematology patients including those with MDS. Sarah also created and runs an Iron Deficiency Anemia Clinic at Rush University Medical Center. In addition, she works to educate patients and family members on diagnosis, treatment options, and managing side effects, while also supporting patients with psycho-social aspects of care.

Sarah earned her BS of Nursing from Michigan State University and her MS in Nursing with a specialization in oncology in 2012 from Loyola University. She began her career as an Oncology Nurse in 2003 on an inpatient bone marrow transplant unit where she worked as a nurse and a staff educator. As a staff educator she coordinated educational experiences for nurses and ancillary staff. Sarah even established an “Oncology Town Hall” to ensure that the nurses and ancillary staff had access to nursing leadership. She then transitioned to a position as a research nurse, before entering her current role as a Nurse Practitioner.

This is not the first time Sarah’s work has been lauded. Her efforts have been celebrated in the past, as she was the recipient of the Women’s Board of Northwestern Memorial Hospital’s Compassionate Care Award in 2008. Also in 2008, she was the recipient of the Michigan State University Recent Alumni Award which acknowledges the professional accomplishments of alumni of the past ten years. It is clear that Sarah is dedicated to providing the best possible care to patients and their families fighting cancer. 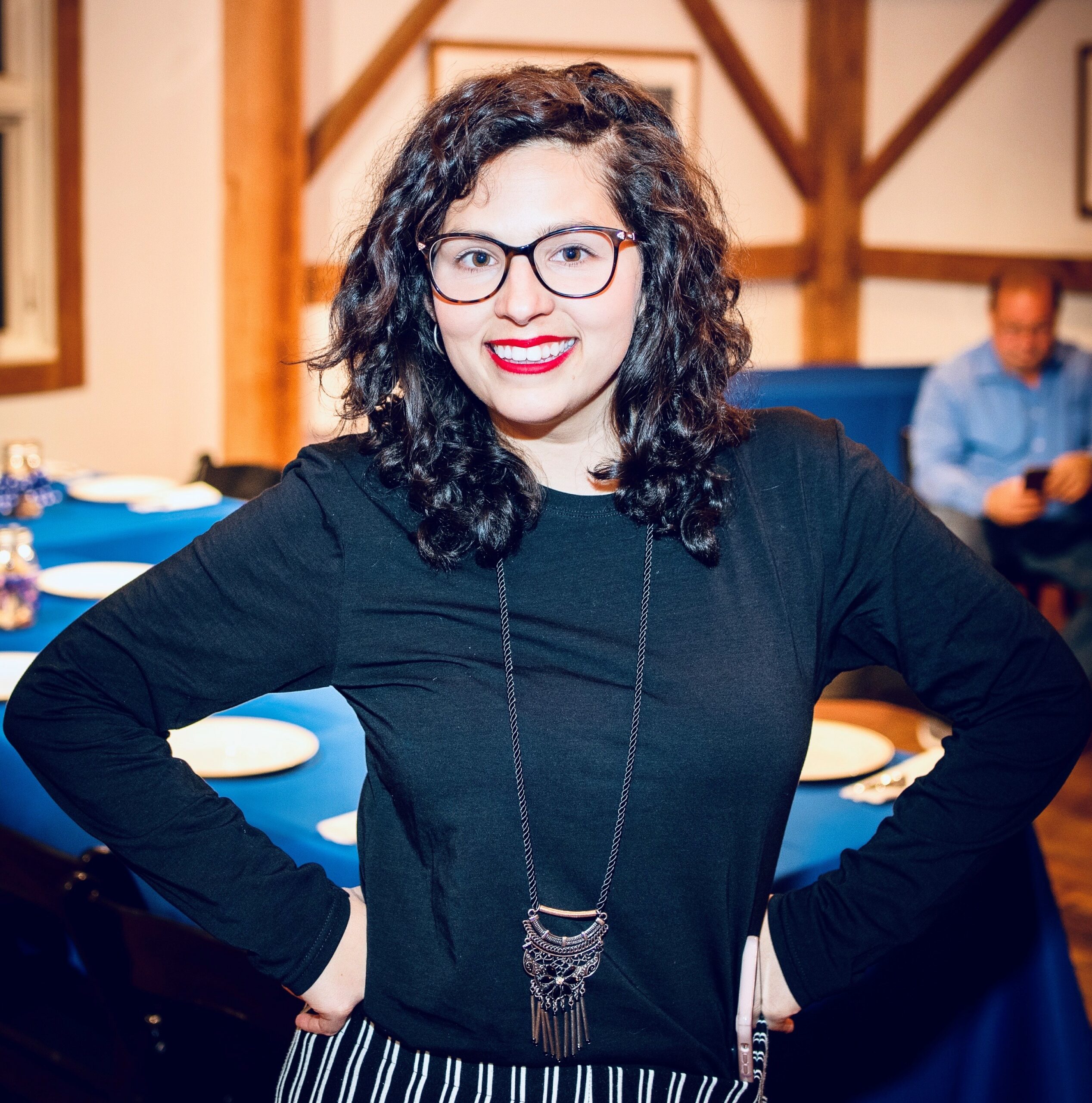 Ashley’s journey with MDS started in 2013 when her older brother Alvaro was diagnosed with MDS.  Ashley helped her parents navigate her brother’s medical appointments, medicines, insurance and was a cheerleader for her brother. She helped her family all while going to college full time.  His MDS quickly converted to Acute Myeloid Leukemia and he passed away from complications at the beginning of 2015. In her last year of college, a year and a half later, Ashley was diagnosed with MDS.

With her brother’s experience still fresh in everyone’s minds, her family knew they had to move fast to get her a stem cell transplant. She was able to finish her last semester of college at home, and graduate in a private ceremony with a B.A. in Psychology. In June 2017 Ashley got her transplant at the University of Chicago Hospital and was on her way to recovery.  It was not an easy journey but being a capable young woman, she kept looking to the future.

Never slowing down, just a few months after treatment, when Ashley was well enough, she started tutoring Spanish in her community. In the following months, Ashley was asked to share her story about MDS and her recovery in a fundraiser for the IMD Guesthouse in Chicago and to speak about her recovery stay in their facility, in a magazine article for the Chicago NorthShore at the request of her doctor, and in a video for the Damon Runyon Cancer Research Foundation. Ashley is also an Adolescent Young Adult (AYA) Stakeholder for the Massachusetts General Hospital where she meets monthly with other cancer survivors to brainstorm ideas and set things in place on new ways AYA cancer survivors can bounce back to their life after cancer.

A year from her transplant she started a full-time job as Office Manager in a Youth and Family Services Office and a part-time job at a local Health Club.  Being actively involved in her community, Ashley joined a Mentor’s Group with Immerman Angels and helps others going through stem cell transplants. She has participated in retreats with First Descents at Gilda’s House in Chicago and CancerCon for young adults. She formed her own group and participated in the 2019 MDS 5k Walk, which she is also participating in for 2020.

2020 has been a trying time for all but it has not stopped Ashley. Three years post-transplant, she has started Graduate School for her master’s degree in Social Work and has adopted a new puppy named Zuko! Since 2013, Ashley has shown courage and strength to face the challenges that have come her way. She has had to face these challenges as a young adult and done so with great maturity.  Her motto is “Keep moving forward” and that is exactly what she is doing. 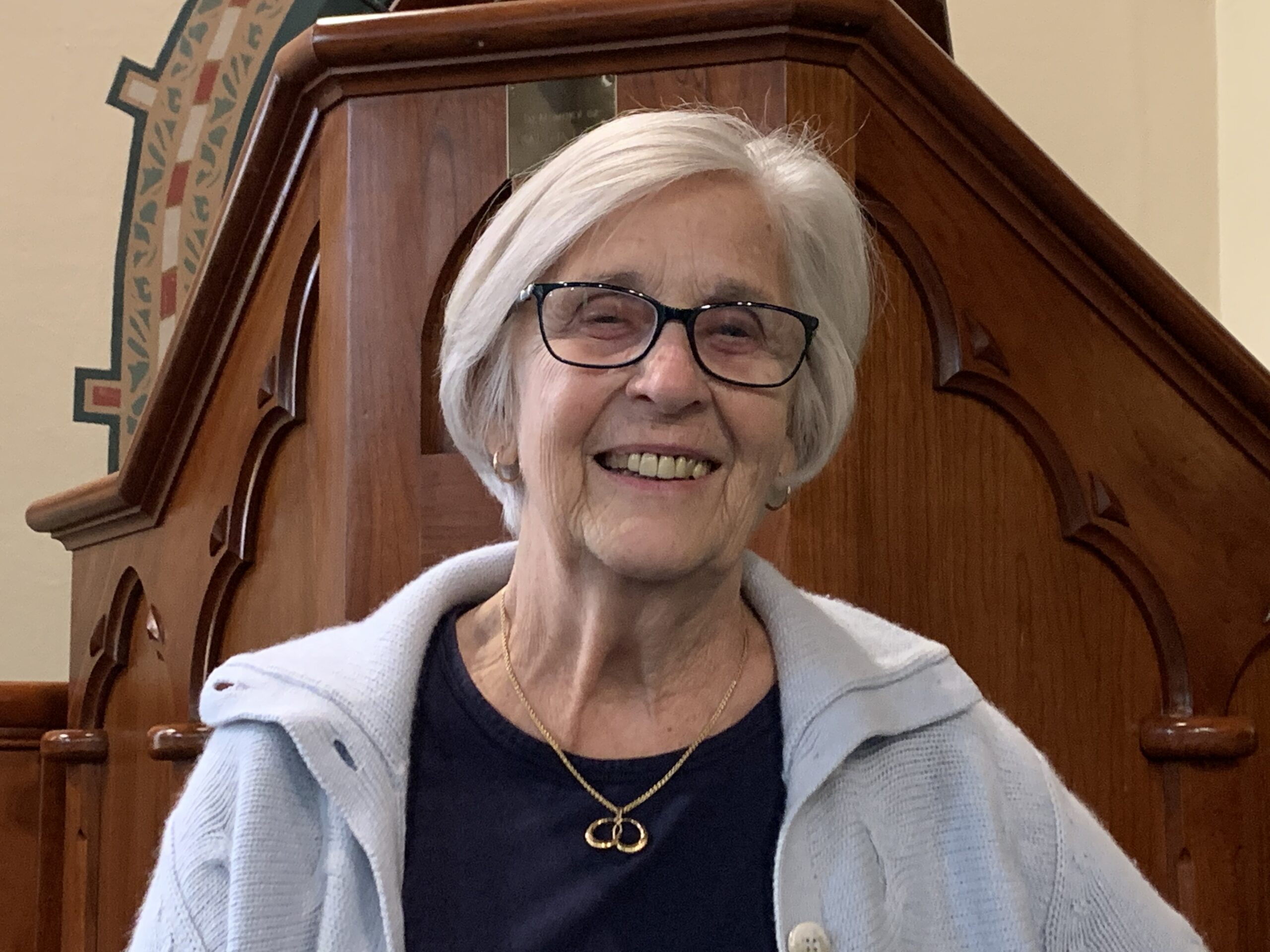 When ­­­­­Linda Packard was diagnosed with MDS in 2014, she felt as though she had been sent to another country. She related navigating those early days to being in a new place where she didn’t know the language, the customs, or the hazards. To try to make sense of it all, Linda called longtime trusted friends to get advice. Two of those friends were doctors and encouraged her to seek treatment in an academic medical setting, which is how she found Rush Medical Center in Chicago.

It was there that Linda met Dr. Shammo and her amazing team, who she now considers a second family. They escorted her through the “new land” of MDS, helping her see the good things in the landscape, as well as the hazards. She could not imagine what her experience would have been like without Dr. Shammo’s team.

Although Linda is often discouraged by the constant fatigue she experiences, she is very happy that there is still so many things she can do. In every season where she lives in North West Illinois, she has found so much beauty to behold and be a part of. Simply put, she believes that “life is good”. 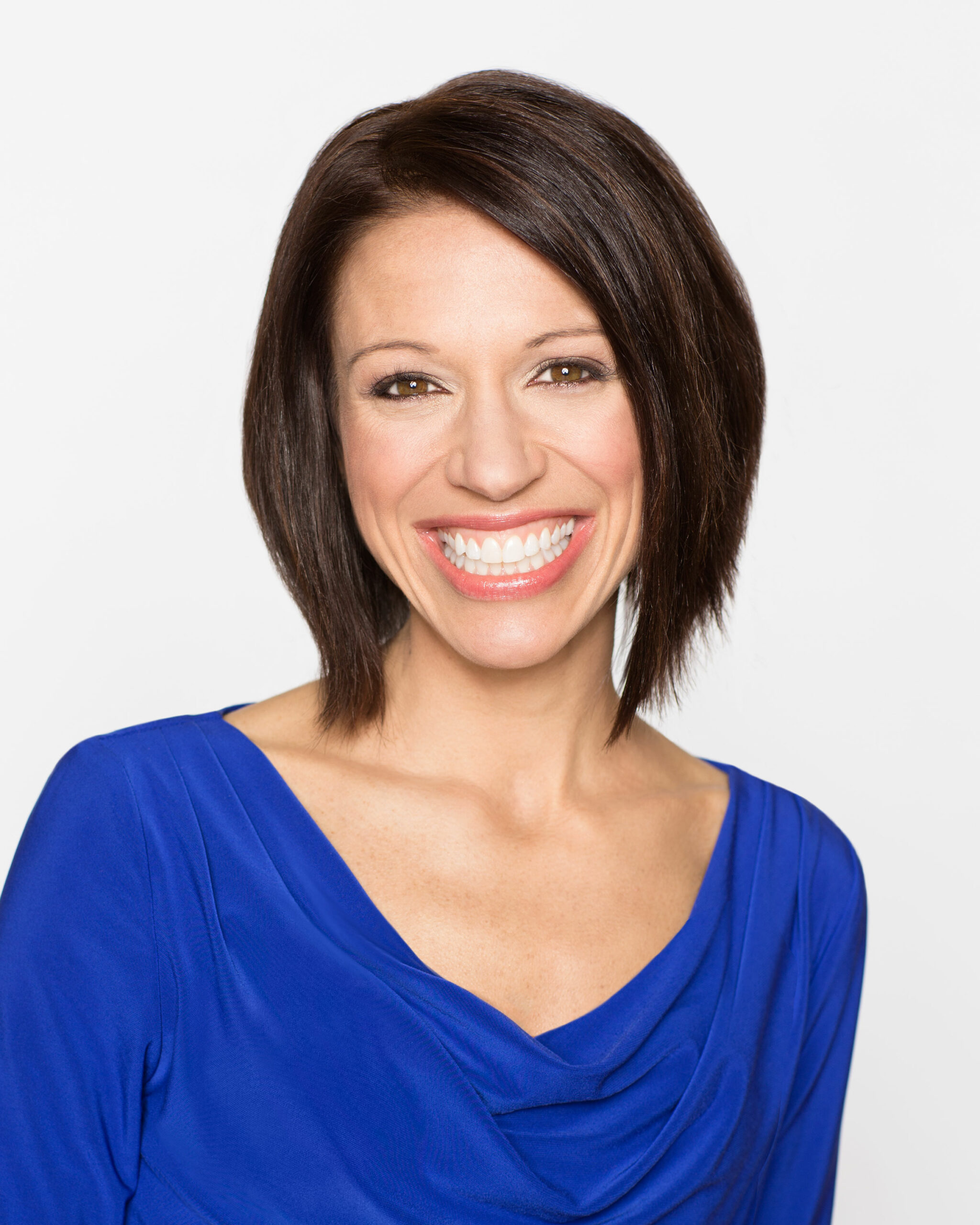 Vice President of News Jennifer Graves commented about Miller’s expertise in the sport arena, “During her time here in Chicago, Dionne Miller has built a stellar reputation as an aggressive reporter who tells great stories and connects with viewers. She has a passion for sports and it shows. We are thrilled she’s joining us and know she’ll be a terrific addition to the ABC 7 sports team.”

When Miller first started reporting sports in Chicago, she hit the ground running. She was assigned to cover opening day at Wrigley Field, and simultaneously fell in love with the city and its fans. She’s since covered it all, from the Bears, to the Bulls; the Hawks to high school sports.

Most recently, Miller was at Fox Chicago where she worked as a sports anchor and reporter since 2012.

Prior to that, she served as host for Fox Sports Ohio, primarily covering pre and post-game shows for the Cleveland Cavaliers from 2010-12. In addition, she served as a college football sideline reporter for the Big Ten Network.

She was the main anchor of the “Columbus Sports Network” (WCSN, Columbus, Ohio), after reporting sports in Sarasota, Florida; San Diego, California; and, the New England area.

Miller began her career at KSVI/KHMT in Billings, Montana, serving as sports reporter before moving on to WPTZ in Burlington, Vermont, as weekend sports anchor.

Miller is a true sports fan. She jokes, “When not working, I enjoy watching sports, I know, shocking!” She also loves family, friends and good food.

Miller is an Ohio native. She and her husband have two young children and enjoy calling Chicago home.