Thank you to Everyone who participated in this year’s Nashville MDS Awareness Walk! We will continue to accept donations up until 30 days after the event (Nov. 27th), so if you’d like to support the MDS Foundation or any of our fundraisers you still have time to do so! 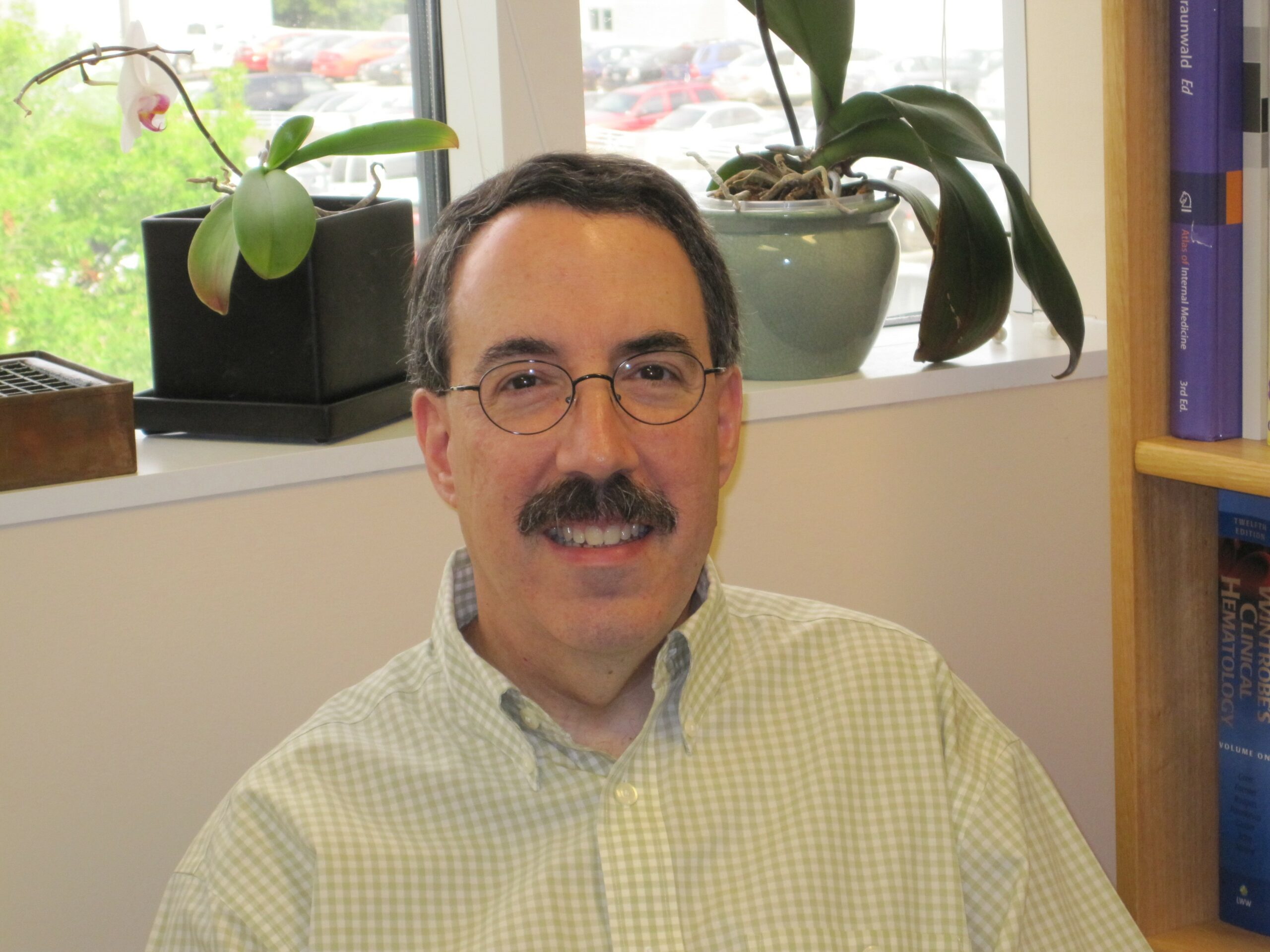 Dr. Stephen J. Brandt, M.D.  received his B.S. from Duke University and his M.D. from Emory University. He did his residency training in internal medicine at the University of Virginia Health Sciences Center, followed by a fellowship at Duke. He then participated in a postdoctoral fellowship at the National Heart, Lung, and Blood Institute.

Dr. Brandt joined the faculty at Vanderbilt in 1990 as Assistant Professor. He was later promoted to Professor with tenure. Then he became the Staff Hematologist and Stem Cell Transplant Attending at the Nashville VA Medical Center. He carried out basic, translational, and clinical research focused on transcriptional regulation of blood cell production, normal and malignant. His clinical activities centered on hematologic malignancies and stem cell transplantation. Dr. Brandt also served for 20 years as Director and Clinical Director of the Stem Cell Processing Lab. His research resulted in more than 65 peer-reviewed publications in journals that included Cell, Science, Nature, Journal of Clinical Investigation, and the New England Journal of Medicine.

In the course of his career, he mentored 3 graduate students, 6 Vanderbilt or Meharry medical students, 18 postdoctoral fellows, and 10 junior faculty. He served as regular member on study sections of the American Cancer Society, Department of Veterans Affairs, American Society of Hematology, and the National Institutes of Health. He was continuously funded for most of his career by grants from the VA and NIH. His service work at Vanderbilt included membership on the Vanderbilt University Biosafety Committee, including 5 years as chair, and the Institutional Biosafety Committee of the Institutional Review Board. His honors included a Lucille P. Markey Biomedical Scholar Award, election as Member of the American Society for Clinical Investigation and Fellow of the American Association for Advancement of Science. He has also been awarded a Nobility in Medicine Award from the Nashville chapter of the MDS Foundation, and a Hematology-Oncology Fellow Teaching Award. 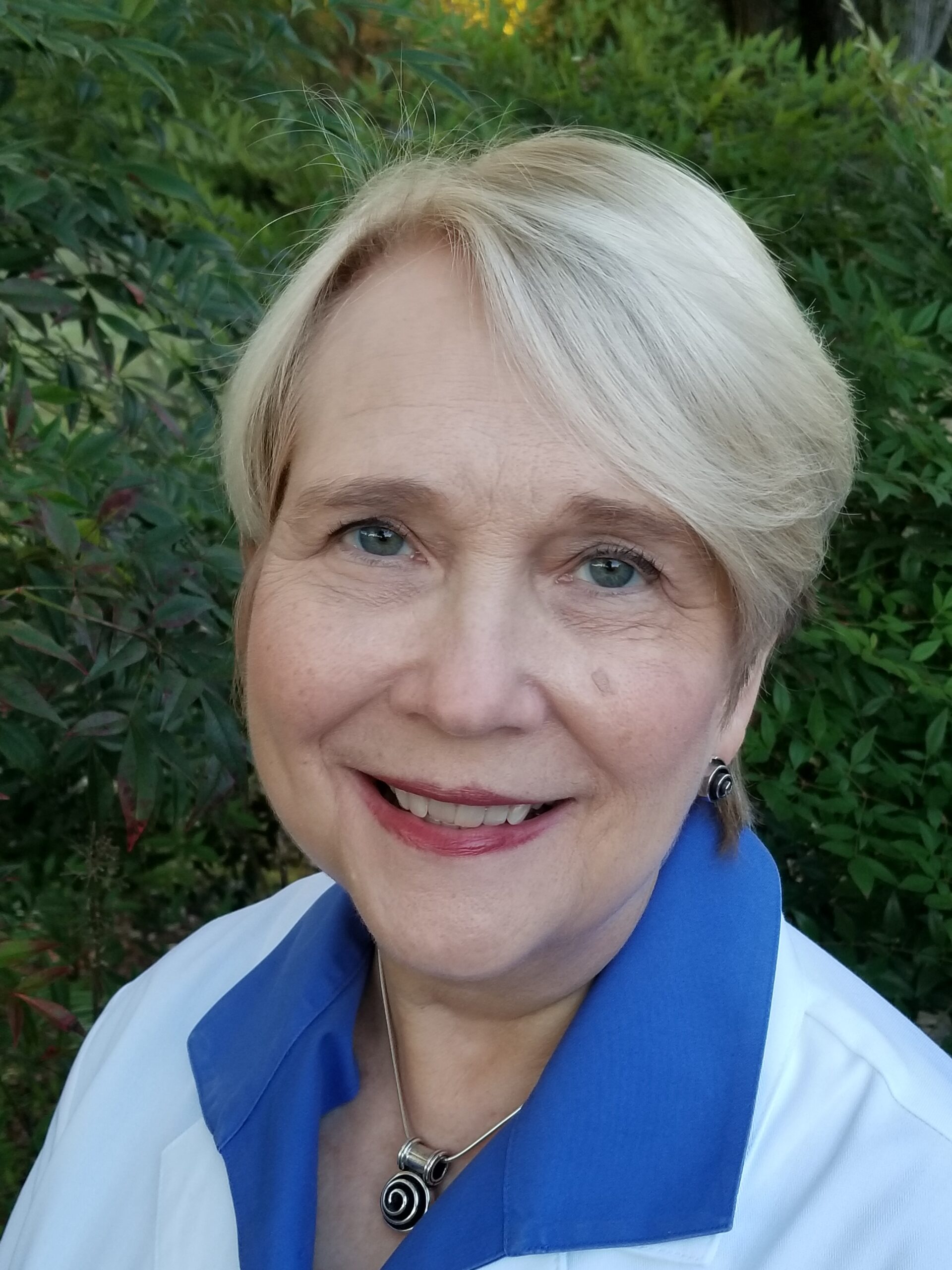 Sharon Sims received her Bachelor of Science in Nursing from Vanderbilt University School of Nursing in Nashville, Tennessee.  She was honored at graduation as the 1977 Founder’s Medalist for VUSN.  Her nursing career began as a novice staff nurse in the Coronary Care Unit at Vanderbilt University Medical Center. Her excellent preceptors and mentors in Coronary Care prepared her for a 23-year focus in adult critical care at Vanderbilt.  Over those 23 years, she worked across intensive care units as a staff nurse, nursing manager and staff educator.  She ended her years in critical care in the Medical Intensive Care Unit.  During her years in MICU, she was honored to receive the Norma Shepherd Critical Care Nursing Award.

In 2000, Sharon completed her MSN at Vanderbilt University School of Nursing as an Acute Care Nurse Practitioner.  Throughout graduate school, she had planned to pursue solid organ transplant as her next career focus.  A close nursing colleague persuaded Sharon to consider completing her final clinical rotation of graduate school in Hematology/Stem Cell Transplant.  It was during that rotation that Sharon felt the strong call to the Oncology/Hematology patient care population.  She has never regretted the decision. The day after completing her MSN, Sharon started as a nurse practitioner in Hematology/Stem Cell Transplant. She has remained committed to her excellent multidisciplinary team and Hematology/Stem Cell patients for the last 20 years.

It has been Sharon’s privilege to dedicate herself to being a trusted companion and guide for hematology patients and their families, helping them to navigate the challenges of their disease and the fears and anxieties they experience along the way.  She has been a preceptor to novice nurse practitioners and a mentor to many NPs and nurses over the years.  Teambuilding, staff education, and working to create an environment that ensures that patients and families are cared for and heard has been her passion.  Her community involvement has centered on Oncology Nursing Society, Be the Match, and Leukemia/Lymphoma Society.  She is excited to be joining the MDS Foundation community and looks forward to being active in this community moving forward. 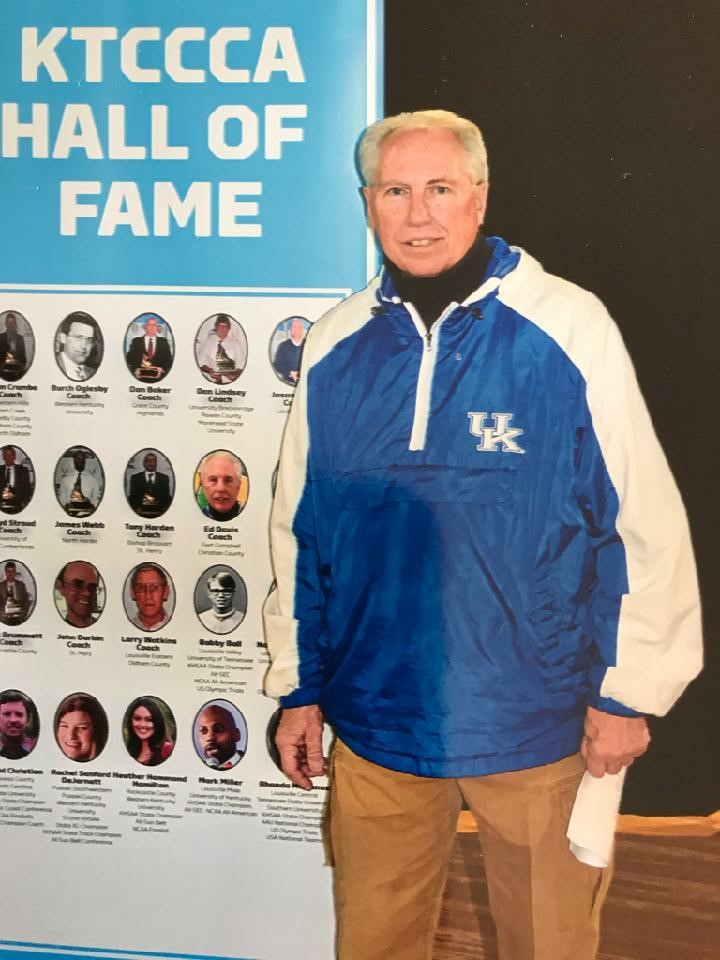 Arthur was diagnosed with MDS in April of 2018 at Tennessee Oncology in Nashville. After joining a
study group for MDS led by Dr. Will Donnellan and his team 30 months ago, Arthur has made successful strides in his journey. His team’s care has allowed him to lead a near normal life and continue his passions of  teaching and coaching.

Arthur was born in Texas, later moving to Tennessee with his parents Arthur and Mary Lou, and his
brother Pat. Both of Arthur’s parents served in WW2, instilling significant values of commitment work
ethic which Arthur instilled in his son Dr. J.K Davis.

He received his bachelors and master’s degrees in Physical Education and History in Education from
Austin Peay State University and began his career as a teacher. This year Arthur began his 50th year of teaching and 46th year if coaching! He was inducted into the Kentucky Track Cross Country Coaches Association Hall of Fame in 2017 and the Christian County Hall of Fame in 2016. Arthur is proud to have had the opportunity to teach and coach so many  student and athletes. 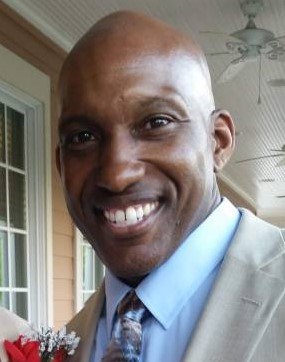 Nathaniel Montgomery was diagnosed with MDS in 2017. As a relatively young  and health-conscious person, Nathaniel’s immediate reaction was confusion. Unwilling to allow the initial shock to render him helpless, Nathaniel and his wife sought the advice and guidance of several top experts in the field of MDS. They flew from coast to coast in an effort to better understand the treatment options available. Nathaniel’s travels ultimately led him to Dr. Savona and the transplant team at Vanderbilt University Medical Center.

Dr. Savona and the transplant team were able to identify an unrelated donor for Nathaniel. In the meantime, Nathaniel and his wife relocated to Nashville, Tennessee. Everything went as planned with the chemotherapy treatments. On August 6, 2020, Nathaniel underwent a stem cell transplant at Vanderbilt University Medical Center.

Post-transplant Nathaniel has experienced some physical challenges on his path to recovery. At this time, the donor’s stem cells are beginning to engraft. He continues to work on regaining his strength, energy, appetite, and weight.  Nathaniel and his wife are hopeful that they will be able to return home in late November. Nathaniel wants to use his MDS experience to educate others within his community. More importantly, Nathaniel wants to dedicate his time to working with organizations to recruit more donors of color. 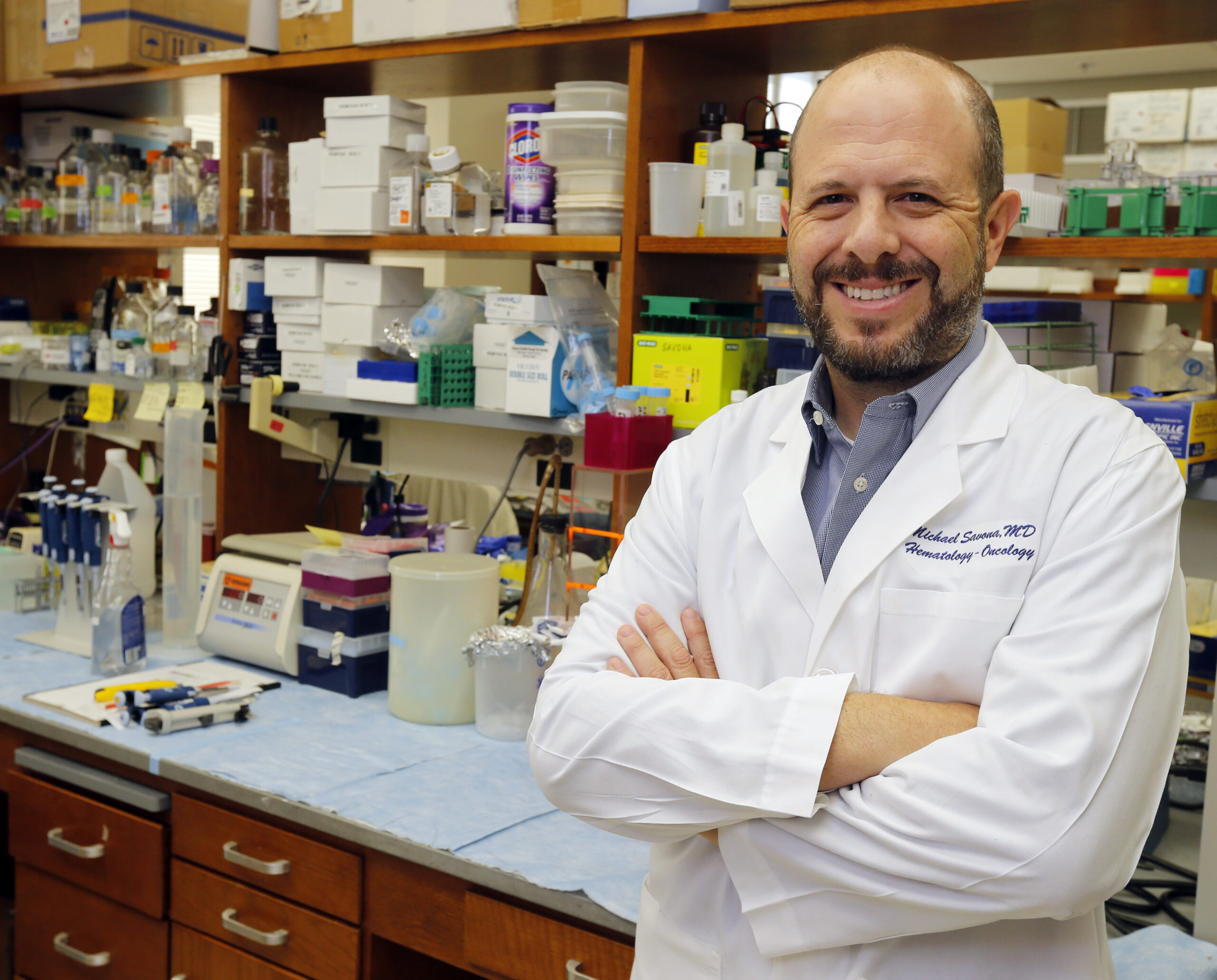 Dr. Savona is currently the acting Chief of the Section of Hematology, Cellular Therapy and Stem Cell Transplant, Director of Hematologic Malignancies Research and Early Therapy Program, and Professor of Internal Medicine and Cancer Biology at Vanderbilt University.

He is a physician scientist specializing in myeloid malignancies and a leader in development of novel therapies for these patients.  He has led development and approval of several novel therapies targeting the proteasome, BCL2 family proteins, PI3 kinase delta, the JAK/STAT pathway, and various epigenetic agents.  He has been involved in medical research for over 20 years. Dr. Savona has published approximately 100 manuscripts in major academic journals including:  Cancer Discovery, Journal of Clinical Oncology, Nature Medicine, Blood, Cell Stem Cell, Lancet Oncology, Lancet Hematology, JAMA, and Nature Cancer Reviews.

He is board certified in medical oncology and hematology, an elected fellow of the American College of Physicians, and a Leukemia and Lymphoma Society Clinical Scholar. Dr. Savona obtained his bachelor’s degree in philosophy from Davidson College and medical degree at Wake Forest University School of Medicine in North Carolina. He did post-graduate training at the University of California (Davis and San Francisco) and the University of Michigan.  He also served as physician in the United States Air Force and is a veteran of Operation Enduring Freedom/Operation Iraqi Freedom.

He has a phenomenal wife of over 22 years, and 3 sons with whom he spends all his non-work time on the trail, in the shop, or at the ballfields.  He is also a proud Detroit Tigers fan. 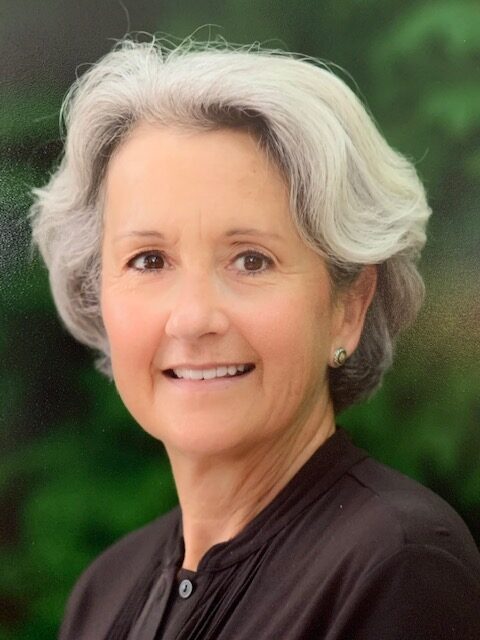 Janet B. Warfield was diagnosed with anemia in 2014.After her diagnosis she was referred to an oncologist who determined she has low risk MDS due to a DNA mutation. Janet is currently under the care of William Donnellan MD at Tennessee Oncology and the Sarah Cannon Research Institute. She feels fortunate that no treatment is recommended at this time aside from periodic bloodwork.

Shortly after her diagnosis, Janet turned to the MDS Foundation in search of information about the disease, and in 2018sheand her family participated in their first MDS Awareness Boston Walk. Janet got to meet the staff from the MDS Foundation and was happy to thank them in person for the work that they do.

This year Janet is excited to attend the MDS Awareness Walk in Nashville, the place she has called home for almost 60 years. Her loving husband, daughter, family, and friends continue to keep her grounded and enjoying life throughout her journey. Today they will be walking together in support of the MDS Foundation and community by raising funds and awareness. 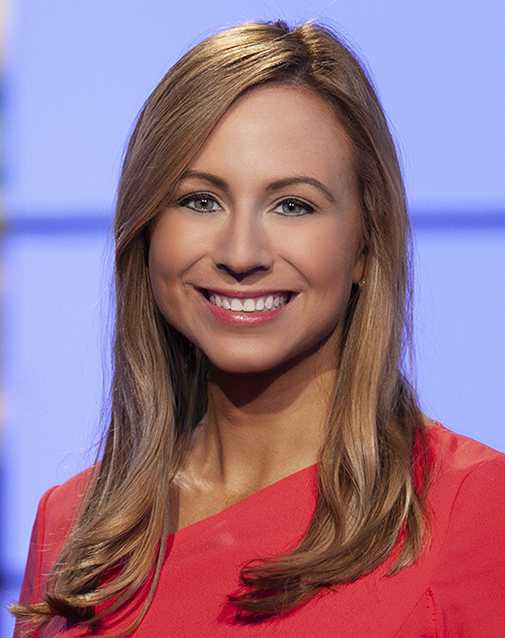 Danielle Breezy has been the News 2 Chief Meteorologist since July 2016. Her passion for weather started when she was a child. She grew up outside of Philadelphia and saw everything from blizzards to ice storms to tornadoes. Then in eighth grade, a local TV meteorologist visited her school to talk about the weather and from that day forward, she knew she would become a meteorologist.

She pursued her dream by studying atmospheric science at Cornell University. Go Big Red! After that, it was stops in Salisbury, Oklahoma City, Dallas, and Boston before landing in Nashville.

Danielle has the CBM (Certified Broadcast Meteorologist) Seal, which is the highest seal a meteorologist can have. She is currently on the American Meteorological Society Board of Broadcast.  She recently was named one of Nashville’s 40 under 40 by the Nashville Business Journal.

In her spare time, her number one priority is giving back. She is a board member for the T.J. Martell Foundation. She also is very involved with the American Lung Association, St. Jude Children’s Research Hospital, and the Nashville Humane Association. Danielle also loves visiting schools and inspiring kids to pursue math and science careers.

On a personal note, she is married to Joe Breezy who does afternoons at Hot 106.7 and is also the brand manager. They have a fur baby named Lucy together and are happy to call Nashville home!