Back to All Working Groups

The MDS/MPN international Working Group (MDS/MPN IWG) was developed in 2012. By the end of 2013, membership was expanded. Work began to develop specialized disease response criteria for MDS/MPN and to begin a multi-center project investigating the biology of CMML. For this endeavor, the group enlisted the administrative and operational support of the MDS Foundation. The overarching goal of the MDS/MPN IWG is to identify key knowledge gaps in the area of MDS/MPNs and facilitate international, collaborative, translational science geared to rapidly improve our understanding of these complex, uncommon myeloid neoplasms. The current membership includes over 100 investigators, from across 12 countries.

In 2008 the World Health Organization designated distinct clinical entities with overlapping dysplastic and proliferative features. These include Chronic Myelomonocytic Leukemia (CMML), atypical CML (aCML), Juvenile Myelomonocytic Leukemia (JMML), and Myelodysplastic/Myeloproliferative Neoplasms Unclassifiable (MDS/MPN-U). The provisional entity of MDS/MPN with ring sideroblasts and thrombocytosis (MDS/MPN RST) has since joined this group, and many investigations have confirmed unique molecular underpinnings and clinical trajectories of each of these diseases. Nonetheless, this stratification of rare myeloid neoplasms requires collaborative efforts to make transformative changes in patient care.

Since the publication of the Proposed MDS/MPN Response Criteria in 2015,1 the clinical trial opportunities for patients with MDS/MPN have dramatically increased. This led to development of MDS/MPN-specific trials led by MDS/MPN IWG members,2 specifically, the first MDS/MPN IWG international study, ABNLMARRO, an international basket study designed to allow new compounds and combinations of therapy to be introduced easily among MDS/MPN IWG clinical sites which have expertise managing MDS/MPN patients, study the biology and pathophysiology of the diseases, and have multilateral expertise in this area. ABNL MARRO-001 is the first MDS/MPN IWG study and is currently underway. In addition to semi-annual meetings at ASH and EHA, the MDS/MPN IWG often conducts biennial meetings to focus international efforts in MDS/MPN.

Additional efforts in the MDS/MPN IWG center around growing new models of disease. Recently, robust patient-derived xenografts transplant models for CMML were shown to be the first published reliable means to study specific genetic lesions in MDS/MPN in animals.3 Advances have also been made in molecular testing and diagnostics which allow tracking of specific mutations at diagnosis and with treatment.4 The means by which these mutational changes are able to define prognosis and effect treatment are the focus of the work of many MDS/MPN IWG members. 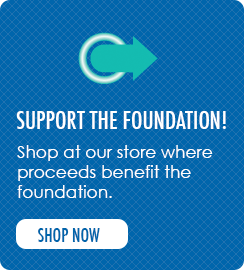