My journey with MDS (Myelodysplastic Syndromes) began in December 2007. After playing volleyball with my youngest daughter, I noticed that my forearms were badly bruised. This along with frequent headaches and fatigue prompted me to schedule an appointment for a physical. Little did I know our lives were about to change forever.

We were getting ready to depart on a cruise to Cabo San Lucas, Mexico to celebrate my in-laws’ 50th anniversary, but my local hematologist wouldn’t allow me to go until a bone marrow biopsy was done. At first, he suspected a vitamin B-12 deficiency. B-12 injections helped for a short time, but then my counts slowly began to decline, especially my platelets.

After six long months and numerous tests, I was finally referred to a hematologist at Stanford University Hospital in Palo Alto, California. My husband and I were told that I had MDS and a bone marrow transplant was the only cure. It was a lot for us to absorb. We somehow managed to hold it together through the appointment, but as soon as we got to our car, we held each other and cried. I was only 47. I couldn’t help but wonder if I would ever get to see our youngest daughter graduate from high school or even hold our first grandchild. I couldn’t bear the thought of leaving my family. 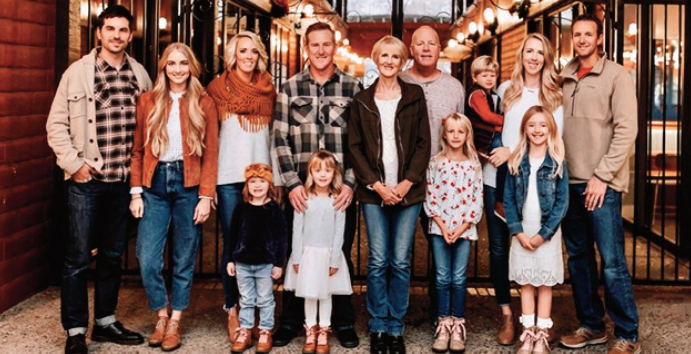 At the time, I was considered intermediate to high risk and my only sibling was my half-brother, Jim, so a search began through the National Marrow Donor Program. I continued working until we received word that four possible donor matches were found. Our youngest daughter was 14 and Stanford was four hours away from our home in Redding, California. We had a lot of preparation to do before the transplant, so I left my job as a registered dental assistant and my counts stabilized. We were able to put everything on hold for nearly a year and a half. During this time, our first granddaughter arrived. 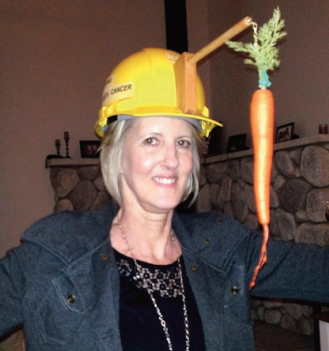 I was scheduled to begin the conditioning for the transplant (cytoxin and busulfan) on May 4, 2010, but due to respiratory symptoms, it was delayed. Having to wait an additional two weeks was disappointing, although I know it was for my own safety. I was admitted to the bone marrow transplant unit at Stanford on May 17th and on May 25th I received the life-saving stem cells from a 47-year old male, German donor. I had a few setbacks that kept me in isolation longer than expected. I spent four days in the ICU due to an E. Coli blood infection and then contracted BK virus. I watched the days pass by on a giant calendar that showed my daily blood counts and notes of inspiration from the nurses. I had hoped to be discharged in time to spend the 4th of July with my husband, but that day passed. One good thing that came out of my late release, was getting to meet Alex Smith, quarterback for the San Francisco 49er’s and several other team members when they paid a surprise visit to the BMT Unit.

On day +44, I was released to an apartment we had rented nearby. At first, my husband took me to the infusion treatment area daily for blood draws and to receive needed transfusions. When he returned to work, I was moved to my parents’ home, about 30 minutes from Stanford. Then, I came down with CMV virus and had to remain close to Stanford for an additional 6 weeks. I finally returned to my home in Redding at the end of September 2010.

Eight months following the transplant, we were told that I had relapsed and a second transplant wasn’t an option due to congestive heart failure. I was given a prognosis of a few weeks to possibly a few years, if I began treatment. I had not even recovered from the transplant and was now facing chemotherapy. We were devastated. Desperate for help, my husband and I attended an MDS Foundation conference in San Francisco, where Jason Gotlib, MD was a guest speaker. My husband approached him after the event and asked if he would accept me as a patient. I started receiving Vidaza (azacitadine) via port-a-cath in February 2011, but my counts had a hard time recovering. For the first few months, I was so sick that I needed help getting out of bed. I was nauseated and had no appetite. My family begged me to eat. At times, I wanted to give up. 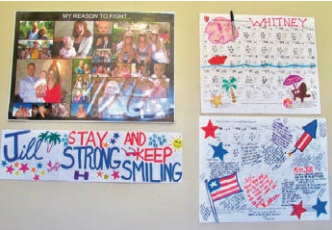 I gave myself insulin and Neupogen injections and had to take numerous medications. For 18 months, I required frequent transfusions until a bad reaction caused me to break out in huge welts all over my body. From then on, the platelets had to be HLA matched and packed. Luckily, things started turning around. Our second granddaughter arrived in February 2012. I pushed myself to get better so that I could be present at our youngest daughter’s high school graduation and our middle daughter’s wedding a few months later. My family kept dangling these carrots out in front of me so that I would keep fighting.

I recently completed my 72nd cycle of Vidaza (azacitadine) and it has now been nine years since my relapse. On May 25, 2020, I will CELLebrate the tenth anniversary of my stem cell transplant (rebirthday). I tolerate chemotherapy pretty well now and take medication to mitigate the side effects. When it is no longer effective, we will have to look at other options, but I am so fortunate to have made it this far. 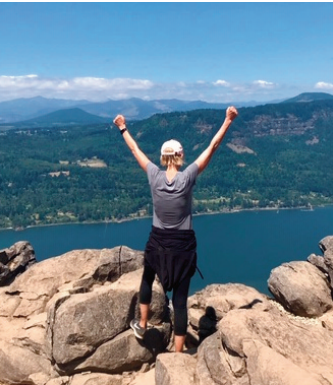 Unable to work due to ongoing treatments and fluctuating blood counts, I searched for a way to give back and keep my mind off my illness. I volunteered in the Cancer Resource Center at our local hospital for a while and then I came up with an idea where I could work from home. I started Signs of Hope and I have now created over a hundred inspirational signs to help others going through a difficult time. Some I have donated to our local hospital and to the oncology center where I receive treatment. I also started an MDS support group in my community with the assistance of the MDS Foundation.

I am forever grateful for the incredible gift of life from my donor, Michael, and for the care I have received from the outstanding doctors, nurses and support staff at Mercy Medical Center and Stanford, including Dr. Gotlib and transplant specialist, Dr. Wen- Kai Weng. I also would not be here today without my amazing family. Their love and encouragement is what has kept me pushing forward. My husband, Roger, has been my rock. I can’t count how many times he has driven me back and forth to Stanford or how many hours he has spent sitting with me in doctor’s offices. He cooked, cleaned and took care of our youngest daughter and me. I know it wasn’t an easy job. My parents, Rick and Lynne, and our eldest daughter, Amber, were my caregivers when my husband was working and daughters, Candace and Kaylynn, helped in any way they could. We also had the support of extended family and friends. 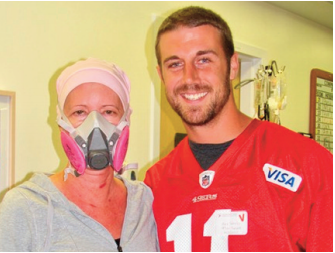 I’m not done living yet. I have too much to look forward to. My husband and I both turn 60 this year and in 2021 we will celebrate our 40th anniversary. I now have five beautiful grandchildren that keep me on my toes and I want to be around to watch them grow up. I have to keep chasing those carrots.